Ranveer Singh did such a dance on the song 'Nacho Nacho' in IPL 2022 finale, users are saying this big thing
Advertisement 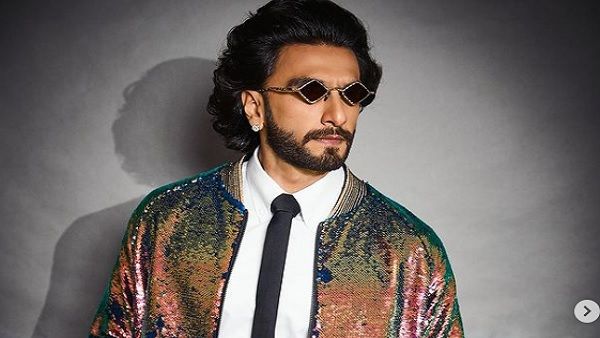 Mumbai, May 30: This time IPL 2022 finale was very interesting. While the new team Gujarat Titans won the trophy by defeating Rajasthan Royals in the finale of IPL 2022, the trailer of Bollywood actor Aamir Khan’s upcoming film ‘Lal Singh Chaddha’ was also released in the finale itself. His trailer was very much liked by the audience. The gathering of Bollywood celebs was also seen in the IPL 2022 finale. Let us tell you that Ranveer Singh, Akshay Kumar, AR Rahman and Aamir Khan had reached the Narendra Modi Stadium in Ahmedabad to watch the finale match. Actor Akshay Kumar was seen sitting in the middle of the audience enjoying the match with Ranveer Singh. Ranveer Singh also gave a performance on stage during the closing ceremony of IPL. The video of his performance is becoming fiercely viral on social media.

Dance on the song Nacho Nacho
Let us tell you that actor Ranveer Singh came to the field wearing a shiny silver jacket with the IPL flag in his hands. After this, he performed on many of his superhit songs, which included songs like ‘Malhari’, ‘Tatad Tatad’ and ‘Tune Mari Antriya’. Apart from this, he also performed on the superhit song ‘Nacho Nacho’ from South’s superstar Ram Charan and Jr NTR’s blockbuster film ‘RRR’ and also did its hookup steps. Seeing his dance, people have become crazy about him. People are unable to stop themselves from praising him after seeing his dance performance. The video of his dance is becoming fiercely viral on social media. People are commenting fiercely on this video and praising them a lot.

Ranveer Singh spoke the dialogue of KGF 2
Ranveer Singh won the hearts of the audience sitting in the stadium even more when he uttered the iconic dialogue of the film, copying the style of Rocky Bhai from the film KGF: Chapter 2. After Ranveer, singer AR Rahman came on stage and instilled the spirit of patriotism among the people with Maa Tujhe Salaam Song. Everyone had doubled the fun of the finale.