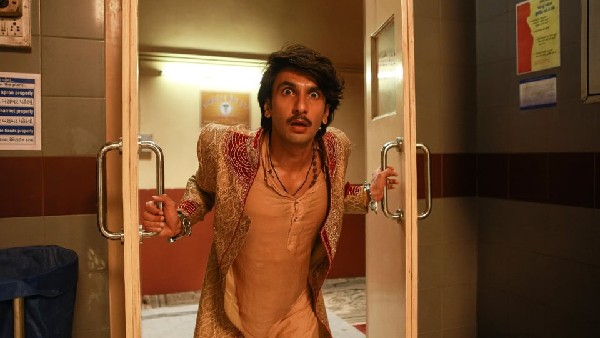 Ranveer Singh is starring in Yash Raj Films’ Jayeshbhai Jordaar. It is one such big screen entertainer who will introduce rare heroes and a new brand of heroism to Indian cinema. Ranveer has once again transformed himself to be the character who hails from the heartland of Gujarat who will entertain us, win our hearts and deliver a powerful message with his sharp wit . Ranveer says that this character named Jayeshbhai is India’s answer to Charlie Chaplin and his satire on society.

Ranveer says, “Jayeshbhai is a character that finds no reference in the history of Hindi cinema, but if I had to make this character stand next to anyone in terms of mannerism, it would be Charlie Chaplin. As an artist As Charlie Chaplin possessed this unmatched ability to play each character with gusto even when he was in pain. “

He further added, “Tragic comedy resonates deeply in my mind, which is why ‘Life is Beautiful’ is my all time favorite film. To endure and experiment with one’s pain, to endure and to lighten it. A beautiful way to live life.”

Ranveer revealed that he had put a picture of Chaplin in his vanity van during the shoot of Jayeshbhai Jordaar and used it to bring Jayeshbhai to life on screen. He says, “During my research, I saw a unique picture of Chaplin. He was completely comical in spite of having tears in his eyes. Seeing from above, it looks like a funny picture of Chaplin. But if you look into his eyes, you will see that he is in tears. This is what became my driving force for Jayesh. I pulled this picture of about 4×4 feet from there and pasted it in my vanity van It gave me all the emotional stuff and character nuances that I needed before I could play Jayesh.”

Ranveer easily adapts to every character

Everyone was surprised to see Ranveer Singh in Jayeshbhai’s avatar. While commenting on this picture, Zoya Akhtar wrote – You are really a chameleon. Interestingly, Ranveer Singh gets completely into the character he plays. Be it a common man like Jayeshbhai or a boy from a very rich family like Kabir Mehra of Dil Dhadakne Do. Perhaps this is the reason why Ranveer Singh was welcomed in Bollywood with outstretched arms. 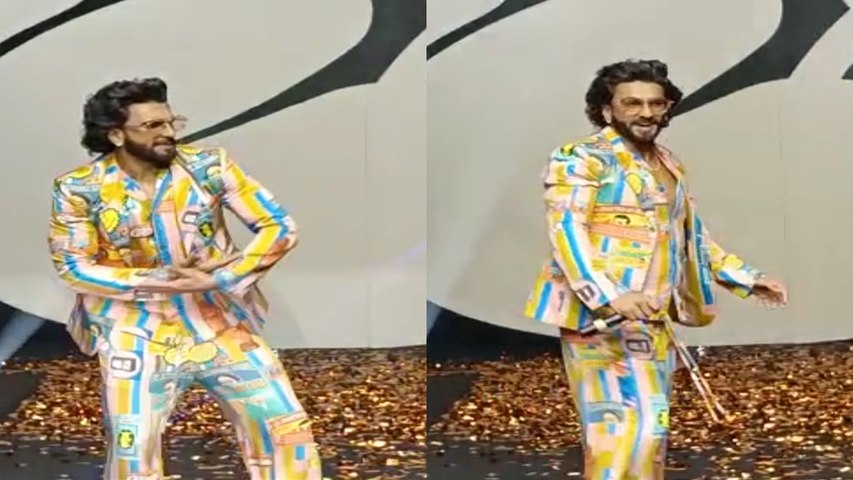 Disappointment over compliments from 83

Ranveer Singh garnered a lot of praise for his last film 83. However, this film failed miserably at the box office. The reason for this cannot be avoided even on Corona because during the same time, Allu Arjun’s Pushpa earned a lot at the Hindi box office. But Ranveer Singh’s 83 didn’t even ask for water at the box office. Although the film was made at a great level and the trade had high hopes from this film.

next film with kabir khan stuck

83 was released after two years and it was believed that after the release of this film, the pair of Kabir Khan and Ranveer Singh would start preparing for the next film but after the flop of 83, the plan changed. Kabir Khan and Ranveer Singh were now going to make a film on the story of an ordinary boy who is an underdog. During the lockdown, Kabir Khan was looking for a story for his next film. When he narrated the story of this underdog boy to Ranveer Singh, Ranveer immediately said yes to it. But after the disappointing failure of 83, the film got stuck.

Ranveer Singh, along with South Superstar Shankar, was about to remake Annian but the film has been stuck in court over rights and is currently shelved. But Shankar does not want to let go of Ranveer Singh’s dates and it is believed that soon he is going to start a project with Ranveer Singh in which Kiara Advani will be the lead heroine.

love story of rocky and rani

Ranveer Singh will be seen opposite Alia Bhatt in Karan Johar’s next film Rocky Aur Rani Ki Prem Kahani. The film is the story of a Punjabi Munde and a Bengali girl from Delhi. The film also stars Dharmendra, Jaya Bachchan and Shabana Azmi in lead roles. 60 percent shooting of the film has been completed.

After Rocky and Rani’s love story Alia Bhatt and Ranveer Singh will start Sanjay Leela Bhansali’s next film Baiju Bawra remake. The names of Ranbir Kapoor and Deepika Padukone were also discussed in full swing for this film but finally Ranveer and Alia were the finalists in the film. This will be Ranveer’s third film with Alia after Gully Boy and Rocky Rani’s love story.

But before all this, Ranveer Singh as Jayeshbhai looks set to win over the hearts of the fans. Maneesh Sharma has produced ‘Jayeshbhai Jordar’, a strong sarcasm made on the society. The film also stars ‘Arjun Reddy’ fame actress Shalini Pandey. This is her debut opposite Ranveer on the big screen of Bollywood. The film is directed by debutante Divyang Thakkar, which is going to release worldwide on May 13, 2022.

‘You both get married’ – Fans said after seeing Salman Khan and Karisma Kapoor hugging!