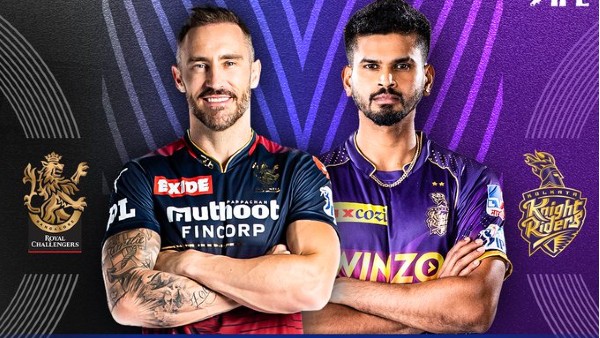 RCB won the toss, bowling will be difficult in the second innings

At the same time, due to the dryness of the pitch, the spinners are sure to get help during the first innings. Along with this, due to the high heat in Mumbai, dew is certain during the second innings, so it will not be easy for spinners and pacers to bowl in the second innings. In view of this, when Duplessis won the toss for RCB’s team, he decided to chase the runs.

Du Plessis has won the toss and decided to bowl first and referred to the conditions as per the pitch report. While talking about batting for KKR, Shreyas Iyer also said that if we could win the toss, we would also have gone to bowl. While RCB’s team has not made any changes in their playing 11, KKR’s team has made a change and has given Tim Southee a chance in place of Shivam Mavi. When asked about the change, he said that we have given priority to experience in this match.

Such is the playing 11 of both the teams

‘These franchises are battered in every department of the game’, former cricketer told who are the weakest teams of IPL 2022

IPL 2022: The young player of every team who left a mark in the opening match, made a special identity