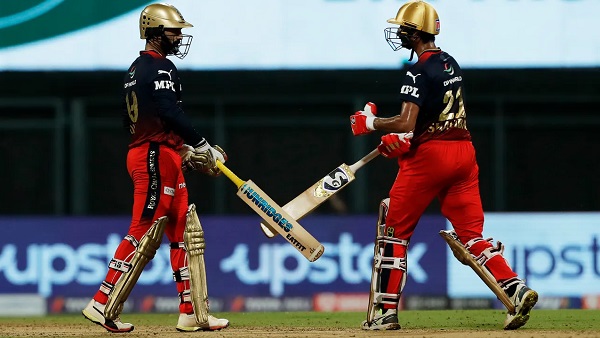 Earlier, batting first, Rajasthan scored 169 runs for 3 wickets in the allotted 20 overs. Bangalore successfully chased down this challenge in 19.1 balls for the loss of 6 wickets. Opener Jos Buttler proved to be the highest run-scorer for Rajasthan, scoring an unbeaten 70 off 47 balls. His innings included 6 sixes without any hit. Butler also completed his 100 sixes in IPL in this innings.

Apart from Butler, Shimron Hetmyer contributed 42 not out. Also captain Sanju Samson could score 8 runs. Yashasvi Jaiswal could score 4 runs, while Devdutt Padikkal scored 37 runs in 29 balls. Bangalore bowlers could take only 3 wickets in this innings. David Willey took the first wicket in the powerplay for Bangalore. After that Harshal Patel Vanindu Hasaranga also took one wicket each.

In reply, Bangalore started chasing the target well. Captain Faf du Plessis and Anuj Rawat put on a brilliant 55-run partnership for the first wicket in 7 overs. Du Plessis was dismissed for 29 and Anuj 26, but the middle order could not show much play. When Virat Kohli got out after scoring 5 runs, David Willey could not even open the account. Then Bangalore’s score was 5 wickets for 87 runs. Then the partnership of 67 runs between Shahbad and Karthik changed the match. Although Shahbaz missed the century, Harshal Patel, who came to support Karthik in the end, won the match by hitting a six off the first ball of the last over of the match. Harshal remained unbeaten on 9 runs in 4 balls.

Rashid Khan said – Yunus bhai, I hope to learn the most from you