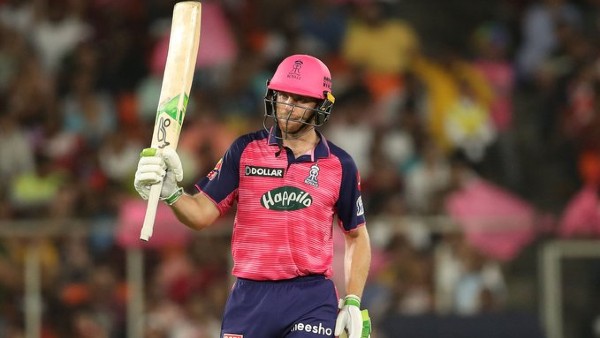 New Delhi. For the fans of Royal Challengers who are looking to win the title since the first season of the Indian Premier League, Friday evening came as a heartbreak, where RCB team played against the Rajasthan Royals team in the second qualifier match of IPL 2022. Had to face defeat by 7 wickets and with this his dream of winning the title by reaching the final remained unfulfilled. In this match played at the Narendra Modi Stadium in Ahmedabad, the Rajasthan Royals team won the toss and decided to bowl first and on the strength of their bowlers, managed to stop the RCB team at 157/8 in the stipulated 20 overs.

In this important match for RCB’s team, once again its top batsmen Faf du Plessis (25), Virat Kohli (7) and Glenn Maxwell (24) failed to play big innings, while in the middle order Mahipal Lomror (8), Dinesh Karthik (6) and Shahbaz Ahmed (12) also failed to make significant contributions. However, Jos Buttler played an unbeaten 106 to give his team a 7-wicket victory and reached the final for the second time.

Read more: After 10 years, Sehwag breaks silence on his most controversial decision, why Morkel was dropped in IPL qualifiers

McCoy-Krishna broke their back in bowling

Rajat Patidar, who scored a century in the Eliminator match for RCB, continued his stellar performance in this match as well and smashed 58 runs in 42 balls with 4 fours and 3 sixes to help his team reach a respectable score. On the other hand, Krishna and Obed McCoy, famous for Rajasthan Royals, took 3-3 wickets to give their team a chance to make a comeback, while RCB’s batters did not allow runs openly.

In response, the Rajasthan Royals team opened the innings in an explosive manner and in the very first over, collecting 16 runs in the powerplay, exposed the RCB bowlers. Yashasvi Jaiswal (21) and Jos Buttler (106 not out) put on a 61-run partnership for the first wicket and added 67 runs to Rajasthan’s account inside the powerplay. Jose Hazlewood broke the partnership in the last over of the powerplay by taking the wicket of Jaiswal, who had scored 21 runs in just 13 balls with the help of one four and two sixes.

The flow of runs continued even with Samson

After Jaiswal’s dismissal, Sanju Samson (23) supported Jos Buttler and shared a 52-run partnership in the next 6.3 overs to take his team to the threshold of victory. Vanindu Hasaranga gave Rajasthan a second blow by stumping Sanju Samson at the hands of Dinesh Karthik but it was too late and Royals needed less than 6 runs per over to win. RCB’s team did control the flow of runs in the next few overs, but Butler kept one end and played an unbeaten century, winning his team to the final for the second time.

Jos Buttler has batted strongly for the Rajasthan Royals throughout the season and his style continued in the second qualifier as well, where he completed his half-century in just 23 balls and put his team ahead in the match. When the team appeared in trouble, standing there on the field, did the feat of ending the match. Jos Buttler faced 59 balls during his innings and completed his century with the help of 10 fours and 5 sixes. Has equaled the record of Virat Kohli (4 centuries, 2016).

Rajasthan reached the final for the second time

The team of Rajasthan Royals had earlier achieved the feat of reaching the final in the first season of the Indian Premier League, in which they defeated Chennai Super Kings to become the first team to win this title. Now after 14 years, she has come close to winning this title again but here she will face first time playing Gujarat Titans, who defeated her in the first qualifier and confirmed her ticket to the final.

RCB vs RR: Fans’ heart broken due to RCB’s defeat, pain spread on social media, have a look at the memes

Sehwag breaks silence on his most controversial decision after 10 years, why Morkel was dropped in IPL qualifiers