RCB vs RR: Fans' heart broken due to RCB's defeat, pain spread on social media, have a look at the memes
Advertisement 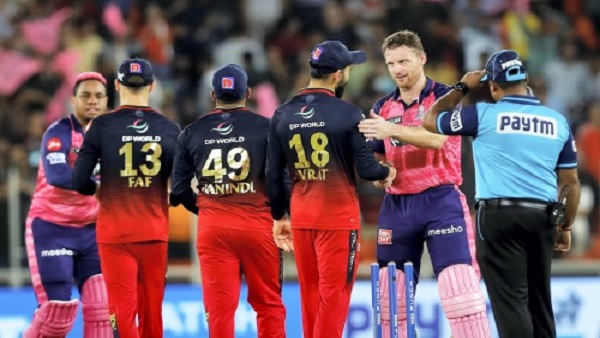 New Delhi, May 27. Even in the 15th season of IPL, RCB’s dream of taking the title trophy in hand remained unfulfilled again. In Qualifier 2 match, Rajasthan Royals defeated Royal Challengers Bangalore by 7 wickets to make it to the final. Jos Buttler did the job of giving a blow to RCB’s hopes in the Qualifier 2 match. Yes, Butler scored the fourth century of this season. Thanks to Butler’s century, Rajasthan’s team easily won the match.

Let us tell you that in the 15th season of IPL, RCB’s team once again reached the knockout round, but remained away from the title. Let us tell you that after 2015, RCB’s team reached the qualifiers for the first time. In such a situation, this team had a golden opportunity to become the champion, but due to the poor performance of the team, that opportunity was again postponed for a year.

The losing team after reaching the third consecutive playoff

Let us tell you that this is the third time in a row that Bangalore’s team got out after reaching the playoffs. Earlier in the year 2020, Hyderabad had beaten RCB in the Eliminator. After this, in 2021 too, the team was eliminated after losing in the Eliminator. At that time, KKR defeated RCB and got out. This time the team lost against Rajasthan in Qualifier 2.

After the defeat of RCB in Qualifier 2, the fans are very disappointed with this defeat. The pain of fans is spreading on social media. Let’s take a look at the memes made about this necklace.

RCB fans after supporting the team for 15 years. #RRvsRCB pic.twitter.com/OtFuKr2elH

After IPL, India can set up three teams, Duplessis made a statement by playing ‘Test cricket’ in T20