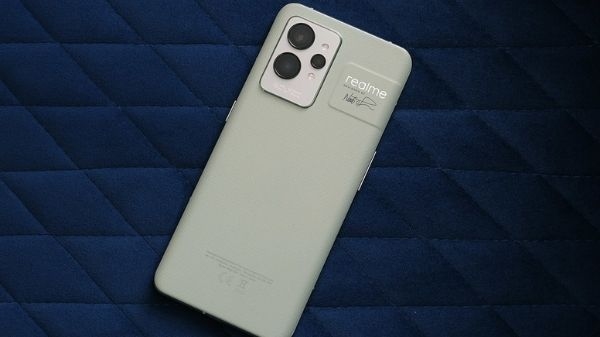 Realme has launched its cheapest Snapdragon 8 Gen 1 phone in India. Realme GT 2 Pro has been launched in India today with a starting price of Rs 44,999. However, let us tell you that this will be an introductory offer. So let’s know about this latest smartphone in details.

This smartphone will be made available on April 14 through the company’s official store and Flipkart.

Talking about the specifications of the Realme GT 2 Pro, it has an out-and-out flagship. Qualcomm Snapdragon 8 Gen 1 chipset is available in the device.

The back panel of the Realme GT 2 Pro is made of bio-polymer material, which gives it a unique paper-like look. The back panel is engraved with a laser-cut design to create grooves that provide a unique texture to the back panel.

The phone has a 2K resolution display with 120Hz refresh rate. The screen gets an LTPO2 AMOLED panel. At the same time, the phone also gets the protection of Gorilla Glass Victus in the front.

The Realme GT 2 Pro comes with a triple-lens setup. It has a 50-megapixel primary camera with an IMX766 Sony sensor. A second camera module is also present in the phone and it has been given 50 megapixels. While the third lens is a 40X microlens which features a new ‘microscope’ camera on the device.

Talking about the battery, the phone has a 5000mAh battery which supports fast charging up to 65W. The phone gets a USB Type C port for charging the device.

WhatsApp Trick: Are you also troubled by this feature of WhatsApp, get rid of it like this

How the virus reaches the smartphone, here’s how to avoid it