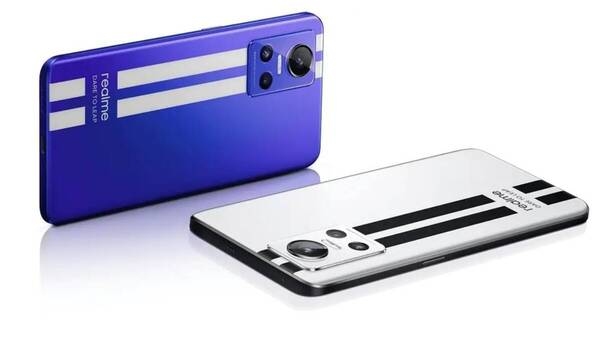 Realme has just launched a few new devices in India, including the Realme GT Neo 3 5G and the Realme Pad Mini. In today’s article, we are going to tell you about the new specification including their price, features.

The Realme GT Neo 3 comes with a 6.7-inch AMOLED screen with 120Hz refresh rate and HDR10+ certification. The design of the 5G phone is inspired by the racing stripes and it gives a unique look to both the color variants of the phone. The GT Neo 3 5G is also powered by the 5nm MediaTek Dimensity 8100 chipset. It is paired with up to 12GB of RAM and 256GB of UFS 3.1 storage.

We have been able to shrink down the bezels for #realmeGTNEO3 and have improved screen to body ratio by 94.2% which is better than most of the Flagship in the industry. The reality display is also calibrated against some of the best panels on the market.#NEOSpeedAwakens pic.twitter.com/FU158Uj1EB

Coming to the cameras, the GT Neo 3 packs a 50MP main camera, an 8MP ultrawide camera, and a 2MP macro camera. The camera setup is capable of 4K recording at 60fps. There is a 16MP single camera on the front for selfies and video calls.

Talking about other features, the Realme GT Neo 5g includes stereo speakers, NFC, USB 2.0 Type-C port, an under-display fingerprint sensor and dual-SIM support. The phone comes in two variants, one with 80W charging and a 5000mAh battery, and the other with 150W charging and a smaller 4,500mAh battery. The phone is available in Blue, White and Black colours.

The Realme Pad Mini comes with an 8.7-inch IPS LCD panel with 800 x 1340 pixels resolution. The tablet comes with a metal build and premium looking finish. It is powered by Unisoc Tiger T616 chipset and comes in 3GB/32GB configuration or 4GB/64GB configuration.

The tablet sports an 8MP rear camera and a 5MP single front camera. Other features include stereo speakers, a 3.5mm port, a USB Type-C 2.0 port, and a 6400mAh battery that supports 18W fast charging. Realme Pad Mini is available in two colors Gray and Blue.

After the ban of call recording apps, now you can record calls in these two ways

If you do this mistake while charging, then your smartphone will be dead