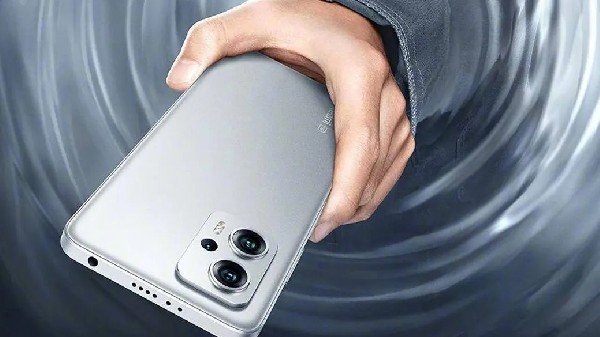 The official Weibo handle of Xiaomi has revealed that the Redmi Note 11T Pro Plus will come with an LCD screen panel. The phone has earned an A+ certification from DisplayMate, making it the first LCD device to receive this grading. The handset will come with 144Hz screen refresh rate, 20.5:9 aspect ratio, DC dimming and Dolby Vision support. The screen will also be protected with Corning Gorilla Glass.

Redmi Note 11T Pro Plus with a strong build, multiple camera features will be launched in China tomorrow.

As per the teaser, the Redmi Note 11T Pro Plus is going to get a sturdy build with a four-corner reinforcement protection design. The smartphone will come with an IP53 rating to be resistant to dust and splatter. At the same time, there will be a large square camera module on the back of the phone. The power button and volume rocker will be placed on the right side and it could be a very slim device.

Talking about the main camera, the Redmi Note 11T Pro Plus will have a 64MP main camera with Samsung GW1 sensor. There will be some other lenses as well, but there is no information about their sensors at the moment. The handset is also confirmed to feature NFC, Bluetooth 5.3, a 3.5mm headphone socket, Dolby Atmos with high-res audio support, and an X-axis linear vibration motor. In terms of software, it will boot MIUI 13 based on Android 12.

Although earlier the company had confirmed that the Redmi Note 11T Pro Plus will be powered by MediaTek Dimensity 8100 5G processor. The device is expected to pack up to 8GB of RAM and up to 512GB of native storage. Apart from this, the phone could pack a 6.6-inch Full HD+ IPC LCD display, an in-display fingerprint sensor, and a 5,000 mAh battery with 120W fast charging support.

Realme Narzo 50 5G Review: Powerful in the budget with a powerful battery