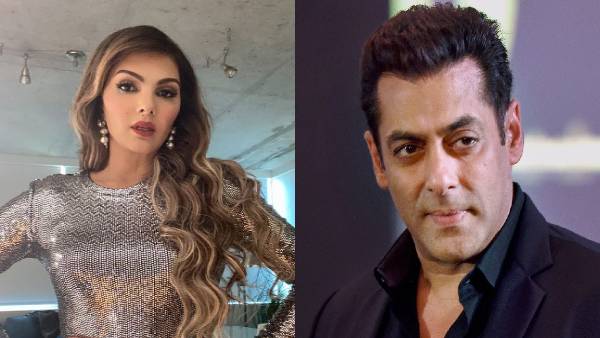 Relationship of both lasted for 8 years

Everyone is aware of the relationship between Salman Khan and Pakistani-origin actress Somi Ali. According to reports, Salman Khan and Somi Ali dated each other for about eight years. Somi Ali, who gave heart to Salman Khan, wanted to marry him, after which at the young age of 16, she came to Mumbai to make her career in Bollywood. However, her relationship with boyfriend Salman Khan ended completely in the year 1999.

Somi Ali, who has made serious allegations against Salman many times, has now openly threatened the actor. Somi recently wrote a post on Instagram, in which she shared a screenshot of the scene of Salman Khan’s film ‘Maine Pyaar Kiya’ and wrote, ‘Bollywood‘s Harvey Weinstein! You will be exposed, the women you have abused will one day come out and tell their truth to everyone. Just like Aishwarya Rai Bachchan. Along with this, he also tagged Aishwarya in this post.

In her post, Somi has described Salman Khan as the Harvey Weinstein of Bollywood. Actually, Harvey Weinstein is Hollywood‘s popular film maker and producer. He was sentenced to 23 years in prison for rape and sexual assault. Harvey was made serious allegations of rape, assault, sexual abuse and bullying by many women and actresses, including many famous Hollywood actresses.

Let us tell you that Somi Ali, an American resident of Pakistani origin, is said to be Salman’s first girlfriend. In the year 1999, after the end of the relationship with Salman Khan, Somi returned to her country US. It is known that the closeness of Somi Ali and Salman Khan increased during the shooting of the film ‘Buland’, although even before this Somi Ali has disclosed a lot about Salman Khan.

Live-in Partner Payal-Sangram will marry for 12 years, want child as soon as possible

Lock Upp: Is Sangram Singh in love with Payal because of Vashikaran? Actor replied to Kangana