Review Kota: The Reservation - The painful reality of Dalit girl students based on the issue of casteism
Advertisement 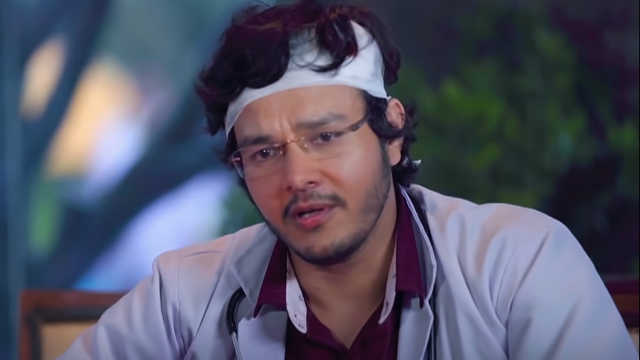 People say college days are memorable, can someone ask us Dalit students? The film Kota: The Reservation is seen fulfilling this question. How deep and hard the roots of caste discrimination are, its pain is known to the society which eats the flames of disgusting thinking of high and low from birth to death. Kota, produced, directed and written by Sanjeev Jaiswal shows this fire. This is the story of Saurabh Rawat. Who dreams of becoming a doctor and gets admission in the most prestigious college of the city away from his parents.

On the first day of college, he reaches the campus of the house after worshiping from his hostel room. Where the students of the upper society are troubled by the fact that on the basis of reservation, their place is snatched and given to the Dalit students. Saurabh Rawat is made to realize on the first day that he has the stain of being a Dalit. When Saurabh opposes this, he gets the wound of breaking his dream of becoming a doctor with every step Dalit, high and low, politics. This film shows this painful story. Sanjeev Jaiswal has kept the same facts in his writings with which the society is familiar.

The story of the contractors of the society, the disgusting truth of the caste system keeps getting published in the newspapers in the form of single column news every day. In such a situation, nothing new is felt while watching the film. The whole story looks like a street play. There are many spices in the script like revolution, anger, resentment, protest, love, pain, action, painful climax, but its taste does not reach your throat. Even the flame of the fire of reservation cannot reach you. Anirudh Dave has done justice to Saurabh Rawat’s role. Apart from him all the rest of the co-stars look raw in the payoff. This film, despite being serious, does not allow pressure on the forehead. The script appears to be completely seated. There is a lack of experience in directing. The dialogues also seem helpless in giving strength to the story. There is only one song at the end of the film.

Why Watch – You can watch this movie to understand how the reality effect of caste discrimination ruins a student’s life. Kota addresses the issue of casteism and is dedicated to spreading the thoughts of Baba Saheb.

Ajay Devgan will be able to break the box office record of ‘Tanhaji’ with ‘Runway 34’! Know Top 10 Movies of Superstars