Rinku Singh won the hearts of fans even after losing, such reactions came on social media
Advertisement 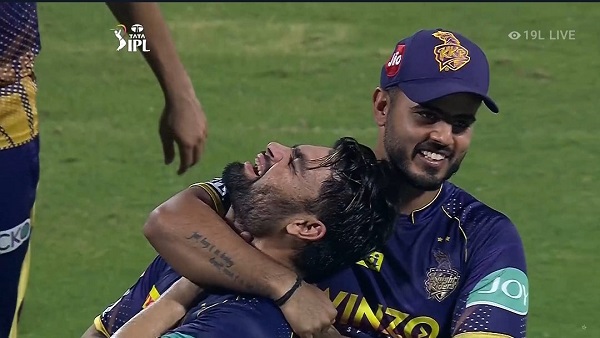 Earlier in the match, Sikka landed in favor of LSG and KL Rahul decided to bat first at the Dr DY Patil Sports Academy in Mumbai. The pitch was slow, so it was not easy to score quick runs. However, once Quinton de Kock and KL Rahul came to the crease, no one could stop them. Both played some great shots across the stadium. Both completely made fun of KKR’s bowling attack. From Tim Southee to Sunil Narine, every KKR bowler got runs as a result, de Kock could achieve his second IPL century and scored an unbeaten 140 off just 70 balls. Rahul, on the other hand, played a brilliant innings of 68 not out. Super Giants scored 210 runs in their allotted 20 overs without losing a wicket. It was the biggest opening partnership in IPL history.

KKR did not get off to a good start

KKR needed a good start due to such a huge target which they did not get. Mohsin Khan delivered a brilliant spell with the new ball as both KKR openers Venkatesh Iyer and Abhijit Tomar were dismissed cheaply. However, the two-time champion is not ready to give up without a fight. Nitish Rana and captain Shreyas made quick runs in the middle. Both played fearless cricket and added 56 runs for the third wicket.

Rinku brought twist in the story

Rana scored 42 runs. Then Shreyas got the support of Sam Billings and both of them continued the good work. Tension prevailed in the LSG camp as Shreyas reached his third half-century of the season. However, the Super Giants regained their grip by getting both the set batsmen out early. While things were not easy for LSG this time as there was still a twist left in the story. Rinku Singh and Sunil Narine continued to hit sixes. Rinku in particular was showing an explosive game as well, putting KKR on the verge of a resounding victory.

Then the catch turned the match

However, a sensational catch from Evin Lewis sent Rinku to the pavilion. Rinku scored 40 runs in 15 balls. On the last ball, KKR needed 3 runs to win, but Marcus Stoinis bowled Umesh Yadav. In this way KKR lost by 2 runs in the thrilling match. With KKR failing to win their last league match of the season, they were officially knocked out of the race for the playoffs. But in the meantime, the rink won the hearts of everyone with the innings, which is being praised from all around.

Rinku was disappointed with the defeat, everyone expected, Shreyas Iyer’s statement after the match