'Rocketry: The Nambi Effect' movie review - It's no rocket science to say that R Madhavan's film is the best
Advertisement 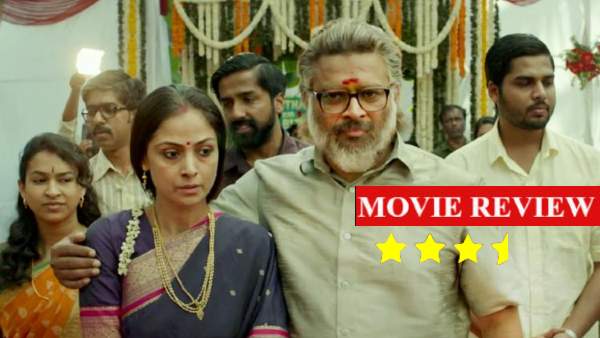 The film Rocketry is based on the life of former Indian Space Research Organization (ISRO) scientist and aerospace engineer Nambi Narayanan. The story moves in flashback where Nambi Narayanan narrates his story to superstar Shah Rukh Khan during an interview on a channel. Without hesitation, the director shows us that in 1969 Narayanan won a NASA fellowship and went to Princeton University. There, he completed his thesis in Liquid Fuel Rocket Technology under Professor Luigi Crocco in a record ten months. Despite being offered a job at NASA, Narayanan returned to India as he wanted to advance his country with the best of his ability. In ISRO, he worked closely with Vikram Sarabhai, Satish Dhawan and APJ Abdul Kalam. In 1970 Nambi introduced liquid fuel rocket technology, which ISRO used for many of its rockets. He went from France to Russia to understand the techniques related to rocketry and to bring it to his country. But in 1994, he was falsely accused of espionage and sedition, sabotaging all his achievements.

He was accused of giving information related to the rocket program to two Maldivian spies, who sold it to Pakistan. After this the Kerala Police arrested him and tortured him in jail for 50 days. Nambi and his family went through all the torture. In the year 1996, CBI gave clean chit to Nambi Narayanan in this case. Then in 1998, the Supreme Court also called him innocent. In the year 2019, Nambi Narayanan was also awarded the prestigious Padma Bhushan award of the Government of India. The film does not miss to show the ugly face of our system with the story of Nambi Narayanan.

With this film, R Madhavan made his directorial debut. But it would not be wrong to say that Madhavan has been very honest with his debut film and the story of Nambi Narayanan. He has tried to cover every aspect of the scientist’s journey, which was quite exciting and full of challenges. Some scenes take you by surprise, some make you cry, while some make you feel guilty for being a mute spectator. However, a lot of technical terminology has been used in the first half of the film, due to which the story loses a bit of grip. But the second half is very strong.. and it holds your emotions so tightly that your eyes become moist.

R Madhavan has lived the character of Nambi Narayanan with all his heart. From his make-up to dialogues and gestures, Madhavan has done a lot of work, due to which he looks comfortable on screen. Madhavan maintains a stoicism, dignity and sensitivity in his character. No doubt he has given 6 years to this film. In a 10 to 12 minute long cameo, Shah Rukh Khan, as always, charms with his confidence and emotions. Simran has done full justice to her character as Meena Narayanan, wife of Nambi Narayanan. The supporting actors Sam Mohan and Rajit Kapoor grab attention.

Not only acting and directing, but also R Madhavan took up the responsibility of writing this film. The dialogues of the film are good, especially in the second half, it keeps you hooked. But the multiple use of technical terms in the first hour confuses a bit. The editing and VFX of the film is strong. The film has been shot in 8 countries. Cinematographer Sirsa Ray has captured the beauty of all countries along with rockets, engines and other equipment in his camera. The background score of the film has been given by Sam CS, which is quite tremendous. Talking about the songs, they go along with the story, which is a very good step taken by Madhavan.

The truth and courage with which R Madhavan has tried to portray the story of scientist Nambi Narayanan on the big screen should be appreciated. Also, this film makes one think that do we give our scientists as much respect as they deserve! Rocketry is an important story that must be told and heard. Rocketry is a must-watch to know about Nambi Narayanan’s achievements and R Madhavan’s stellar performance. 3.5 stars to the film from Filmybeat.