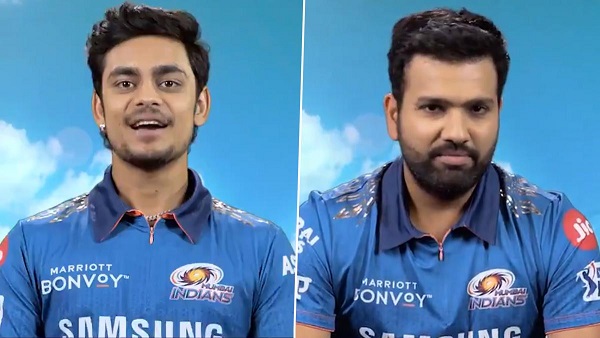 the captain was disappointed

Actually, Kishan had hoped to please captain Rohit by rubbing the dew on the ground so that the ball would get old. But this disappointed the captain. Kishan said, “You know what I did once at Wankhede. I was new, it was my first season and I didn’t know anything. Now, to make the ball old, you usually hit it on the ground.” Throws are rubs. So, there was a lot of dew in the match that day.”

He continued, “And I thought if I rub the ball on the ground, Rohit bhai would be happy that I was making the ball old. So, in that dew, I rolled the ball to him. But he took out his towel. And abusing me, saying what is Abe doing.

Then Rohit said this thing

The youngster further added that Rohit asked Kishan not to take it personally. Kishan said, “Then I looked down and realized what I had done. Then he told me, ‘Don’t take it personally, it’s just match-to-match. At the individual level, the current IPL campaign has been great for Ishan Kishan as he has scored two fifties in both the matches so far. This season, however, Mumbai has not won a single match yet. Pant scored an unbeaten 81 against DC in the opening game and played another crucial innings of 54 off 43 balls.

PV Sindhu reached the second round of Korea Open, Srikanth also crossed the first round hurdle