'Rohit-Kohli should be given break before World Cup', former Sri Lankan legend told why it is important for India
Advertisement 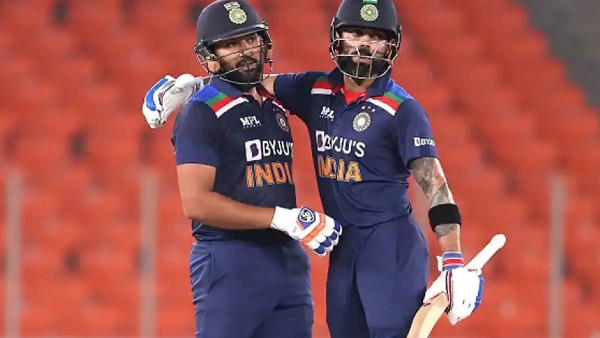 IPL 2022 season has been very embarrassing

While Mumbai Indians captain Rohit Sharma had the worst season in terms of runs in his IPL career, scoring just 268 runs in 14 innings at an average of 19.14 and a strike rate of 120.18, this is the first time Rohit Sharma has played. He has failed to score any fifty in a season of IPL. On the other hand, if we talk about Virat Kohli, he definitely scored two half-centuries this season but has scored only 341 runs in 16 innings at an average of 22.73 and strike rate of 115.98. During this, he has also been a victim of Golden Duck 3 times.

He said, “It would not be right to judge on the basis of IPL’s form how someone’s performance is going to be in the T20 World Cup.” Because Virat Kohli has played some good innings during the last matches of the tournament. Both Virat and Rohit are match-winning players of India and I think both players should be given a break before the T20 World Cup and the Indian selectors have also given that break during the T20 series against South Africa.

It is worth noting that in preparation for the T20 World Cup to be played in Australia this year, the Indian team of the 5-match T20 series with South Africa to be played from June 9 has been announced, handing over the command to KL Rahul and many young players. has been given a chance. While senior players have been rested.

RR vs RCB: Rajasthan won the toss in the second qualifier of IPL, RCB came up with a special plan