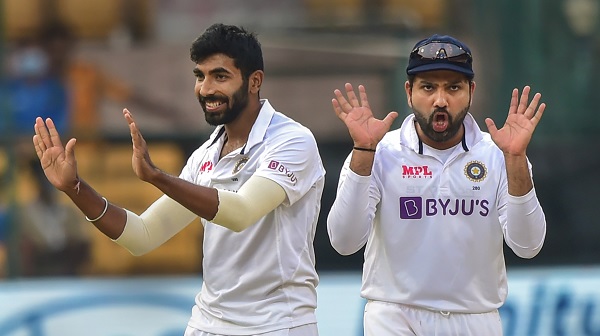 Performance got preference in England-

Rohit and Jasprit emerged as the main faces when India took a 2-1 lead in their home Test series against England. Rohit had scored a century at The Oval and later also scored two half-centuries. Bumrah, on the other hand, was in a single-handed position to win the Nottingham Test match but rain spoiled the game.

Oldest individual award given in cricket

These five players were selected by Wisden editor Lawrence Booth and Wisden has been doing so since 1889, making these awards the oldest individual awards given in cricket.

Booth praised Rohit and Bumrah and told how Rohit’s 127 runs at the Oval proved to be decisive for the Indian team. He also praised Jasprit Bumrah, who took 18 wickets at an average of 20 in 4 matches in that series.

Booth told The Telegraph: “After a thrilling series win in Australia, India had a dream Test year as they won at Lord’s and The Oval to take a 2–1 lead over England in the series ending in July. They also beat England and New Zealand at home. What prevented them from being perfect was New Zealand’s defeat in the final of the World Test Championship, and a 2-1 loss after taking an early lead at Centurion in South Africa. Another disappointment also happened in the T20 World Cup in UAE but overall it was a memorable year.”

The remaining three players are-

Devon Conway scored a double century on his debut in Test matches and played an important role in taking New Zealand to the top.

South African all-rounder Dan Wayne played a key role in winning The Oval’s team in the first season of The Hundred. Booth believes that The Hundred is the league to change the face of England’s women’s cricket.

A glimpse at the adventures-

Kuldeep Yadav gave the credit of his wickets to Pant, said – give the man of the match also to another bowler