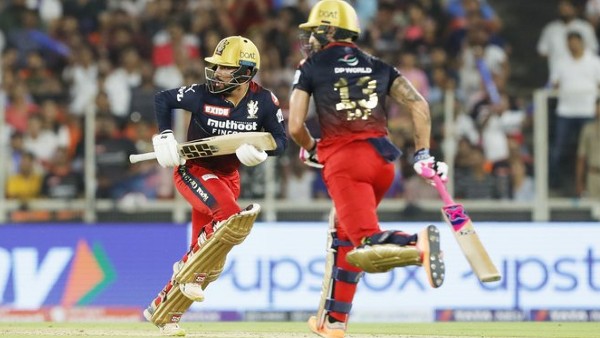 Got life for 14 runs, hit a half-century

Rajat Patidar (58) along with captain Faf du Plessis (25) put on 70 runs for the second wicket and crossed the 50-run mark in the powerplay itself. For Rajasthan, Obed McCoy did get his team back by taking the wicket of Du Plessis, but Rajat Patidar continued to bat and completed the second half-century of his IPL career. However, Rajat Patidar would never have reached this score if Riyan Parag had caught him in the third over of the famous Krishna.

Rajat Patidar, who scored a brilliant century against Lucknow in the Eliminator match, was on the score of just 14 runs when Riyan Parag dropped his very simple catch. On the fifth ball of the sixth over, Riyan Parag was standing on point and Rajat made a brilliant cut off the famous Krishna’s slammed ball. The ball went straight into the hands of Riyan Parag standing on point and he dropped a simple catch. The whole team had to bear the brunt of this.

Patidar played an innings of 58 runs

In this match for Rajasthan Royals, Yuzvendra Chahal (4 overs 45 runs) not only failed to take wickets but also proved to be the most expensive bowler. At the same time, famous Krishna bowled the most brilliantly, taking 3 wickets for just 22 runs in 4 overs. Obed McCoy also took 3 wickets for 23 runs in the spell of 4 overs, while Trent Boult and R Ashwin also got 1-1 wickets in their account.

Sehwag breaks silence on his most controversial decision after 10 years, why Morkel was dropped in IPL qualifiers

‘Rohit-Kohli should be given break before World Cup’, former Sri Lankan legend told why it is important for India