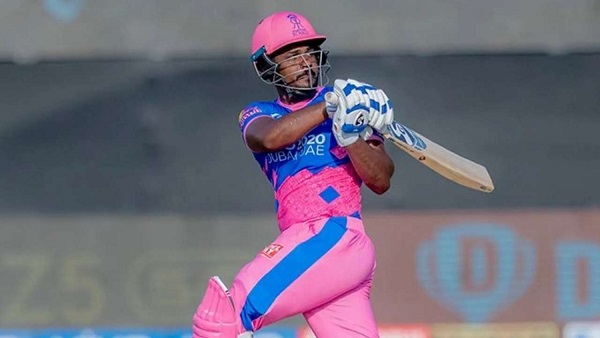 Pune :
In the 5th match of IPL season-15, it was raining runs with the bat of Sanju Samson. Sunrisers Hyderabad won the toss and elected to bowl first, but Rajasthan Royals batsmen scored 210 runs in the allotted 20 overs for the loss of 6 wickets. Playing for Rajasthan, Sanju Samson scored 55 runs in 27 balls in the 100th match, in which 3 fours and 5 sixes were hit. It was also the 16th half-century of his IPL career. On the other hand, Washington Sundar was heavily beaten in the bowling from Hyderabad, who conceded 47 runs in just 3 overs.

Out to bat, Rajasthan openers got off to a good start. Jos Buttler scored 35 runs in 28 balls. He shared a 58-run partnership with Yashasvi Jaiswal for the first wicket. Jaiswal scored 20 runs in 16 balls. Romario Shepherd of the Windies, playing his first IPL match, gave the first breakthrough to Hyderabad by dismissing Yashasvi. After this, Umran Malik got Jos Buttler caught by wicketkeeper Nicholas Pooran. Butler scored 35 runs in 28 balls with three fours and three sixes. Samson then took over the innings with Devdutt Padikkal. Both shared 73 runs in 41 balls for the third wicket. Padikkal, meanwhile, missed a half-century, being dismissed for 41 off 29 balls. He hit 4 fours and 2 sixes.

Revealed: KL Rahul got government job, mother taunts him for not having degree