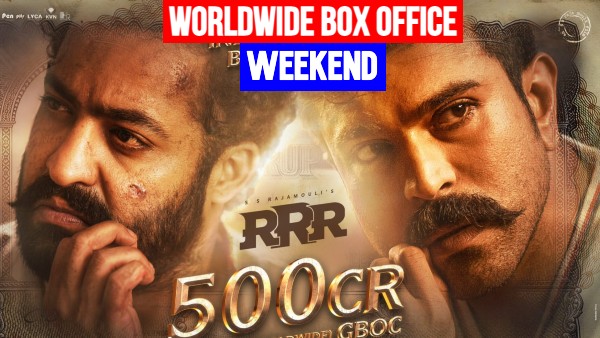 Bahubali’s record will be broken

RRR has given a stellar weekend earning around 120 crores overseas so far. The film is earning a lot in America. In such a situation, not only in India, but also in RRR Overseas, the film has become a superhit.

The film has been released on 6000 screens

R R R Overseas has released in around 6000 screens. Tickets for the film are being sold very expensive but people are ready to spend so much to watch this film. In America, the film has made a unique record in itself, opening about 42 crores.

R R R is a 400 crore film. RRR has completed 500 crores at the global box office. It is believed that the total lifetime collection of the film will be 1700 – 1800 crores, with which SS Rajamouli will break the record of his own previous film Bahubali 2.

Significantly, RRR broke all records at the global box office with the opening. RRR gave a worldwide opening of 223 crores. On the second day, the film earned a total of 350 crores, increasing this figure by 127 crores.

Interestingly, the entire show of the film was not shown in a theater in America. The technical team of the theater is not used to showing such long films. In such a situation, with the interval of RRR, the film was considered over and the second half was not played. Film critic Anupama Chopra shared this incident.

Not only Rajamouli with RRR, people are also liking the bonding of Jr NTR and Ram Charan Teja. That’s why people think it is 10 times better film than Bahubali 2. Now it remains to be seen how many records the film breaks of Bahubali.