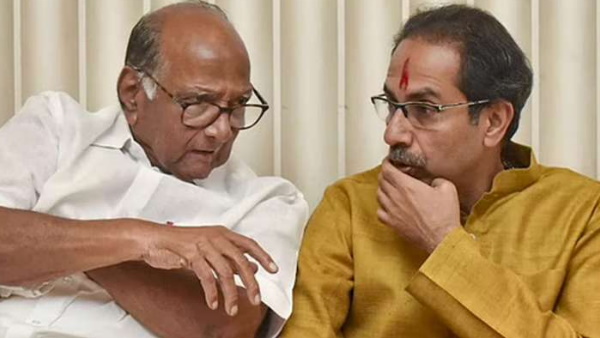 Mumbai, March 30: Bharatiya Janata Party leader Sujay Vikhe Patil has said that the Maha Vikas Aghadi (MVA) alliance in Maharashtra is like a marriage. Where NCP is husband, Sena is silent voice and Congress is uninvited guest. This remark of the BJP MP has created a controversy in Maharashtra. Where the saffron party failed to form the government in 2019 despite being the single largest party in the assembly.

On Sunday, BJP MP Sujay Vikhe Patil targeted the Maha Vikas Aghadi government of Maharashtra and said that NCP is the groom. Whatever he does arbitrarily, no one is going to speak to him. Shiv Sena is like a voiceless bride who does not know how to speak. The Congress is like a baraati who was not even given the wedding card but has reached the party uninvited. It has no shame and no shame. It is not ready to leave the dinner table. If she is driven away from the table, she will feast on the ground, but she is not ready to give up the free feast she got at the wedding.

After this statement of the BJP leader, the politics of Maharashtra has become hot. Reacting to the BJP leader’s remarks, Deputy CM Ajit Pawar said that Shiv Sena, NCP and Congress are running the MVA government in Maharashtra under the leadership of Chief Minister Uddhav Thackeray. He told reporters not to give much importance to Sujay Vikhe Patil’s remarks. Ajit Pawar, the nephew of NCP chief Sharad Pawar, said, “Those who have nothing better to do are starting to comment.

Let us tell you that despite being the single largest party in the assembly, the Bharatiya Janata Party failed to form the government in 2019. BJP and Shiv Sena fought elections together in 2019 and secured a comfortable majority. But after the results were declared, the Shiv Sena parted ways with the BJP-led NDA. Which ended 25 years of political partnership. The Shiv Sena then joined with the then arch-rival Sharad Pawar’s Nationalist Congress Party (NCP) and the Congress to form a coalition government in the state. Shiv Sena supremo Uddhav Thackeray heads the MVA government.

The path of JDU and BJP may be different in Bihar, know why the discussion intensified?

Give utmost importance to the interests of Odisha in Parliament: Naveen Patnaik