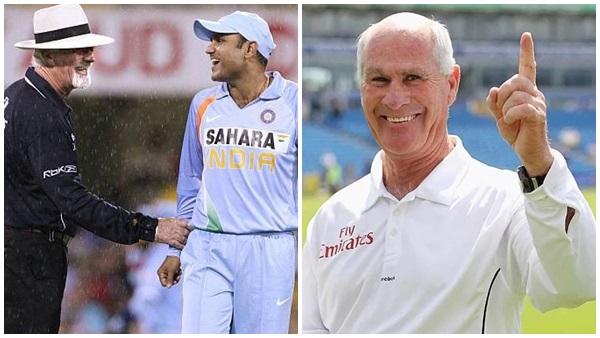 Rudy Koertzen is one of the best umpires in the world. He was a member of the ICC’s elite panel of umpires for many years. Former Indian opener Virender Sehwag has condoled the death of Rudy. In his post, Sehwag wrote, Welle Rudy Kurtzen! peace. Condolences to his family and friends. Had a very good relationship with him. Whenever I used to play flamboyant shots, he used to scold me saying, “Play smart, I want to see your batting”.

Sehwag further wrote, Once he wanted to buy a certain brand of cricket pad for his son and asked me about it. I gifted him and he was very grateful. A gentleman and a very wonderful person. Rudy will miss you. Let us tell you that Rudy had off-field in 332 international matches. He was part of the ICC’s elite panel of umpires for many years.

Rudy’s son Rudy Kirstjan Jr. told Algoa FM News: “He had gone to golf with some of his friends and was supposed to come back on Monday. But it seems they decided to stay for a day longer. He made his umpiring debut on 9 December 1992 in India South Africa ODI match. Rudy started his international umpiring journey from the Port Elizabeth ground. In an umpiring career spanning 18 years, she officiated in 108 Tests, 209 ODIs, 14 T20 Internationals and one Women’s T20 International.

After winning the gold medal, Lakshya Sen celebrated in the style of Sourav Ganguly, took off the jersey like ‘Dada’