Rules may come soon to link Aadhaar with Voter ID, know how it will work
Advertisement 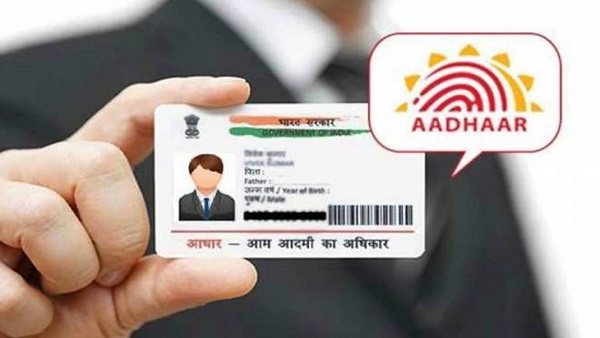 New Delhi, 14 May.
The government may soon bring rules regarding linking of voter ID with Aadhaar card. Giving information about this, Chief Election Commissioner Sushil Chandra said that the rules regarding the electoral roll in this regard may be issued soon. It will not be mandatory for voters to share Aadhaar details, but those who do not have to give a valid reason, he said.

Electoral roll is called the list of voters in which the names of the people eligible to vote are recorded.

Sushil Chandra’s term ends on Saturday, May 14. In his place, Rajiv Kumar will be the new Chief Election Commissioner of the country. Responding to a question when the government will issue rules regarding linking of electoral roll with Aadhaar, Sushil Chandra said that notification will be issued soon as a proposal has been sent in this regard. We have also sent the replacement form which is with the Law Ministry. I think they will get approval soon.

He also said that the Election Commission was instrumental in speeding up the vaccination campaign in five states where assembly elections were held in March this year. To ensure that voters and those involved in election duty are safe from coronavirus.

Major achievements mentioned
In an interaction with news agency PTI, Chandra referred to two major achievements of his tenure, including the inclusion of four dates in a year instead of one for the nomination of an 18-year-old voter. Earlier, the name was issued in the voter list only after attaining the age of 18 years till January 1. If someone turns 18 on January 2, he had to wait for a year. Now it has been changed to four times a year. Apart from this, he also called the linking of electoral rolls with the Aadhar card as an important improvement. Earlier, the name of a voter used to be registered in many places but after linking with Aadhar it will not be possible.

This facility will be available on linking with Aadhar
Chandra believes that after linking with Aadhaar, the voter list will be more clear. With this, the Election Commission will also be able to provide more services to the voter. Such as providing the date of election and their booth information on the phone number of the voters or other important information can be given.

When Chandra was asked about the biggest challenge of his tenure, he said that conducting elections and by-elections in five states was the most difficult task during the coronavirus pandemic.

Shiv Sena’s Sanjay Raut supports Amit Shah on “One Nation, One Language”, know what he said