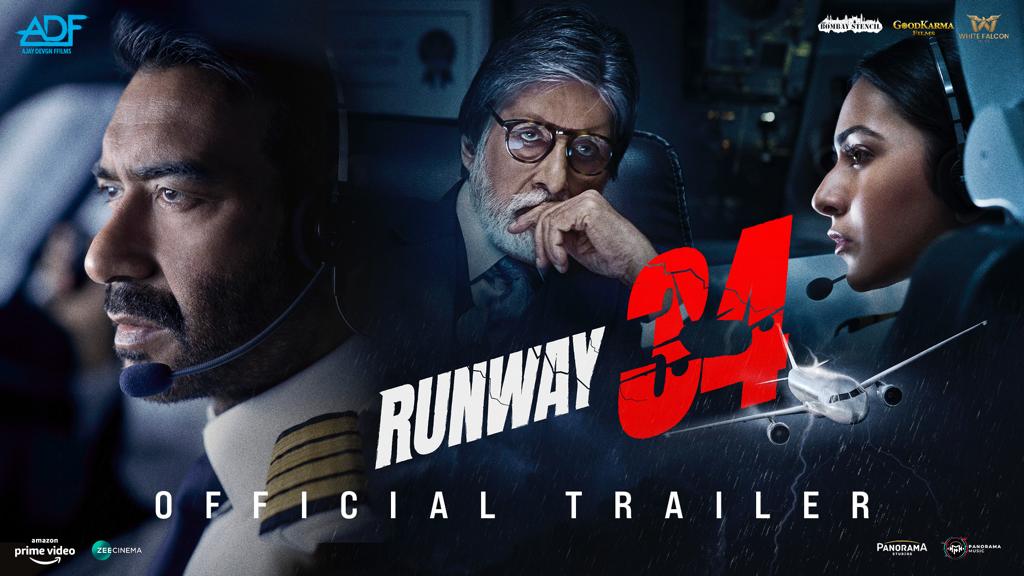 Ajay Devgn’s much awaited film Runway 34 is set to release on Eid this year. The trailer of the film has been released, which is doubling the enthusiasm of the fans. Let us tell you, Ajay Devgan is not only associated with the film as an actor, but he has also produced and directed it. Based on true events, this thriller film is scheduled to release in theaters on April 29.

The story of ‘Runway 34’ revolves around pilot Vikrant Khanna, played by Ajay Devgn. Vikrant’s flight takes a mysterious route after take-off from an international destination. It is an emotional and high octane thriller film.

If reports are to be believed, the story of the film is based on the true incident of 2015, when the Doha- Kochi flight was saved from a horrific accident due to poor visibility, and was diverted to another airport in South India. Along with Ajay Devgan in Runway 34, actors like Amitabh Bachchan, Rakul Preet Singh, Boman Irani, Carrie Minati, Akanksha Singh, Angira Dhar will also be seen.

Significantly, Ajay Devgan has previously directed films like ‘U Me Aur Hum’ and ‘Shivaay’ and he was the lead actor in both these films. Now both of them will be seen playing the responsibility in ‘Runway 34’ too.