SA vs BAN: Bangladesh caught in Rabada's claws, return to series after winning by 7 wickets
Advertisement 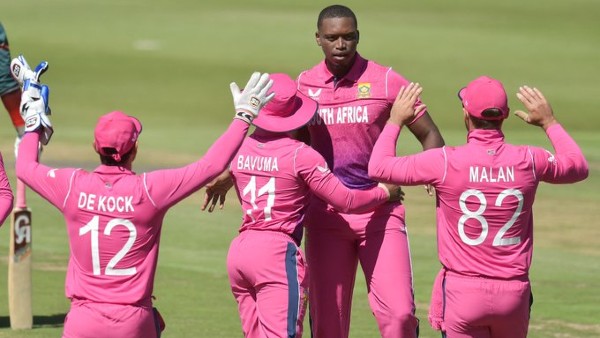 Bangladesh team won the toss and elected to bat and after a poor start Afif Hossain (72), Mahmudullah (25) and Mehndi Hasan (38) performed brilliantly to get the team out of trouble and took 9 wickets in the stipulated 50 overs. He scored 194 runs for the loss. Apart from these three players, no batsman could cross the double figure for Bangladesh.

Chasing 195 runs, Jaaneman Malan (26), Quinton de Kock (62) opened the innings in an impressive manner and added 86 runs for the first wicket. Mehendi Hasan bowled Malan and gave the first blow to South Africa. At the same time, Shakib Al Hasan gave the second blow by taking the wicket of Quinton de Kock. From here, Kyle Vernain (58) again took over the innings with captain Temba Bavuma (37) and put on an 86-run partnership.

Afif Hossain did the trick to break the partnership but Kyle Vernain continued with the bat and ended the match in 37.2 overs and won by 7 wickets. Kagiso Rabada was awarded the Player of the Match award for his brilliant performance. Now the third and final match of the series will be played on March 23 at Centurion at SuperSport Park.

What will be Delhi’s challenge in IPL 2022, head coach Ricky Ponting revealed about the season