Saba Azad said this while talking about her next project, Minimum!
Advertisement 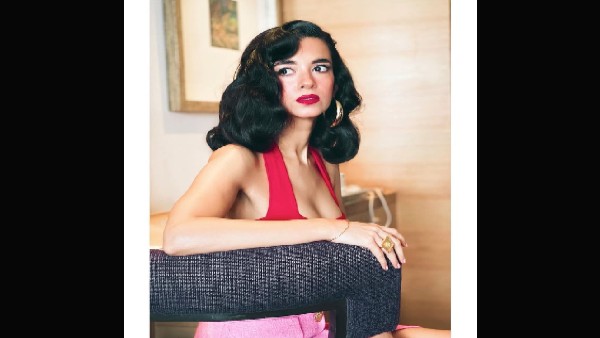 Saba Azad recently made headlines due to her stellar performance in Rocket Boys. The actress played the role of Pipsi, a liberal Parsi woman and a lawyer by profession. The show is set in the 1940s and Saba has garnered appreciation from critics and audiences alike. At the same time, he has undoubtedly created a stir in the casting circle that he has signed the recently announced film “Minimum” just after the release of Rocket Boys.

Talking about the curiosity associated with the last few days, Saba said that “the past few days were like electric for me as an actor, Rocket Boys was liked by the audience and critics alike, the show started with the character of Pipsey. What started with it has come to the fore in a very beautiful way.

This is one project that any actor would want to do in any case. I had signed the minimum soon after the release of Rocket and from then on the preparation started. Because I am acting in a language that is not my own,

It’s like being in a workshop every day with a very steep learning curve, which is very exciting for me as an actor.” Saba’s talent is not limited to just acting but she is a trend dancer along with- He is also a singer.He has given his voice in many films and with this he is a well-known name in the world of indie music industry.

Azad also started his own electronic band Madboy/Mink with actor-composer Imad Shah in 2012. On the work front, we will next see Saba in the Rocket Boys sequel, which has already been reported by producer Nikkhil Advani to an extent. Also, the minimum that was announced recently;

Namit Das will be part of the lead cast along with Saba in the Geetanjali Kulkarni immigrant drama, which will be jointly produced by Platoon One Films and Elanar Films. The shooting of the film will start in June. Whereas, it is to be directed by writer-actor Rumana Molla.