Saddened by the death of brother and sister, Randhir Kapoor was a victim of this serious disease, Ranbir revealed
Advertisement 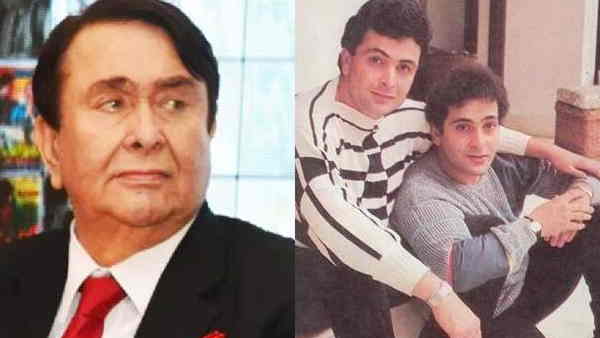 Ranbir revealed in an interview

Ranbir mentioned in a new interview that Randhir recently watched his father Rishi Kapoor’s film Sharmaji Namkeen and said that he should call Rishi so that he can praise him. Rishi Kapoor passed away in April 2020 after a two-year-long battle with cancer.

Talking to NDTV, Ranbir said, “My uncle Randhir Kapoor, who is going through an early stage of dementia, and he came to me after the film, he said, ‘Tell dad he’s amazing, and where is he? Well, let’s call him’.

Randhir Kapoor told his grief in an interview

Earlier, in an interview to The Times of India, Randhir Kapoor had said in 2021: “The last year has been a very sad time in my life. Within 10 months I have lost my two lovely brothers- Chintu (Rishi Kapoor) and Chimpoo. (Rajeev Kapoor). Also, I have lost my mother (Krishna Kapoor) and sister (Ritu Nanda) in the last two and a half years.”

‘We didn’t need anyone’

He continued, “We, my three brothers and two sisters, were very close to each other. Chintu, Chimpu and I used to talk with each other every day. Chimpu lived with me and Chintu either went to the office that day. Used to come, when he was ‘not shooting or talking to me on the phone. We didn’t need anyone when we were together.

Sharmaji Namkeen released on Thursday on Amazon Prime Video. The film is Rishi Kapoor’s last film and also stars Paresh Rawal in the same role. He shot for the parts that Rishi Kapoor could not finish.

Salman Khan got a big blow from the court, the court dismissed the petition against the NRI neighbor

‘Crap about what happened to me…’, comedian breaks silence after slapping Will Smith