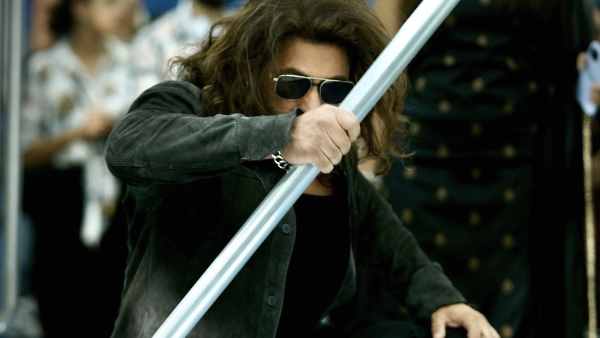 Mumbai, May 14:
The shooting of the film ‘Kabhi Eid Kabhi Diwali’ has started and the first look of Bollywood superstar Salman Khan is also out from this film. The avatar in which Salman Khan is seen in the look out on social media is aggressive and is giving a glimpse of the action dose. Although Salman’s face is not visible in it, he is wearing cool sunglasses with long hair and holding a steel rod in his hand.

Fans are very much surprised to see Bhaijaan’s look out on social media from the movie ‘Kabhi Eid Kabhi Diwali’. Let us tell you that Salman Khan himself took out his first look out from the sets of his upcoming film on his social media platform on Saturday. While doing the first look out, Salman Khan has informed about starting the shooting. However, with this photo, he has not mentioned the film.

Shooting commences for my new film….

Sharing the pictures, Salman Khan wrote in the caption that, ‘Shooting of my new film started…’. Seeing the post of Salman Khan, it seems that he will be seen doing a lot of action in the film. So right there, in the picture shared by Salman Khan, he is seen in a completely new avatar with long and wavy hair. During this, he was wearing cool black sunglasses. His signature bracelet is also visible in his hand, along with a steel rod in his hand.

Shahnaz Gill, Zaheer Iqbal are also going to be seen with Salman Khan in ‘Kabhi Eid Kabhi Diwali’ along with Pooja Hegde and Aayush Sharma. Fans have become quite excited after seeing the poster. It is also being speculated that Raghav Juyal may also be seen in the film. The film is helmed by Farhad Samji and produced by Sajid Nadiadwala. Salman had first announced the title of the film in 2020.

“I don’t mind” Ranveer Singh gave a befitting reply to the trollers!