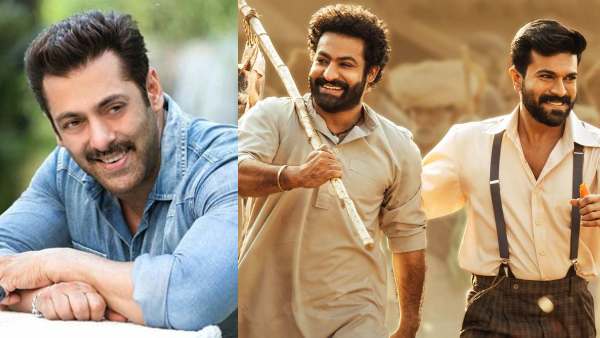 Salman Khan will be seen playing a special character in superstar Chiranjeevi’s upcoming film ‘Godfather’. Recently, during the press conference of IIFA Awards 2022, Salman has talked about this film. “Working with Chiranjeevi has been a wonderful experience. I have known Chiru Garu for the longest time. He is a friend. His son (Ram Charan) is also a friend,” he added.

Salman further praised Ram Charan saying, “Ram has done such a wonderful job in RRR. I wish him on his birthday and the success of his film. I am very proud of him. It feels great that he is.” Doing so well. But I wonder why our films are not doing so well in the south! Their films are doing well here.”

Let us tell you, RRR, directed by SS Rajamouli, has crossed the 560 crore mark at the worldwide box office in just four days.

Suggesting Bollywood to make Lord Than Life films, Salman Khan said, “They (South Indian film industry) have always believed in heroism. Audiences want to see it. In the Hindi film industry, apart from one or two people, We are not making films with heroism. We should pay attention to it. I am doing that. However, I feel these days, people have become cool and think I have become cliche.”

Salman Khan further said, “You see the Dabang series, Pawan Kalyan made it in Telugu. Wanted also did well in the South. More such films should be made. Now we are doing ‘Kabhi Eid Kabhi Diwali’. Time should come. That they remake our films again.”

Praising the writers and directors of the South, Salman said, “In the South, writers are very hardworking. They make films on beautiful concepts. Even when they make short films, people go to see them.”

Writing stories for the same class

Talking about the writers of Hindi films, Salman said, “I think, people here think that India is between Cuffe Parade to Andheri. But I think Hindustan begins after Cuffe Parade and Andheri. The real Hindustan is Bandra. It is next to railway tracks in the east. My films are also for him. He also brings a good message.”

Saleem – the brand of Javed’s cinema

Talking about his experience, Salman Khan also said that the method of making Telugu films is very similar to that of his father Salim Khan and Javed Akhtar. “Ultimately, this format comes from Salim-Javed’s brand of cinema, but the South directors have taken it to a different level,” he added.

Got offers from South films!

Salman told that he enjoys watching South Indian films, but he has not been offered any film yet. “When they come to me, they don’t come to me for Tamil or Telugu films. They come to me only for Hindi,” he said.