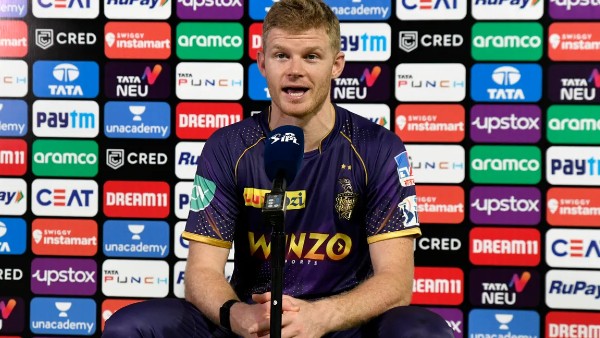 Many times I felt that now I have died

Sam Billings, who was playing for the first time with the KKR team after the match, praised Andre Russell’s batting and said that the best seat to watch Russell’s stormy innings is only the non-striker’s end and I am lucky that I got this chance. However, this England wicket-keeper batsman also said that he was in direct range of the sharp shots of this explosive batsman, due to which he saw the threat of his life many times.

Talking about Russell, he said, “Yeah, he’s very relaxed, he squeezed me really well, which is good… Joking aside, he’s a really great player, as you said when he’s playing that innings.” If so, the best seat to watch it is the non-striker’s end. So in such a situation, I consider myself very lucky that I was standing there.. but many times when I saw him shooting, I felt that today my life is just about to leave. But this is a very special innings from him.

Sam Billings also praised Tim Southee’s excellent catch during this period, due to which Kagiso Rabada returned to the pavilion, who came down to bat and played an important and flamboyant innings of 25 runs. Sam Billings said that due to the efforts of Tim Southee, the momentum of the match, which was shifting towards Punjab, went back in KKR’s favour. It is noteworthy that Tim Southee had covered a distance of about 60 feet to catch this catch of Kagiso Rabada and finally caught the catch.

Caught the best catch despite being an old horse

Sam Billings said, ‘It was wonderful for an old horse to catch such a catch, because we all know he runs well but for this catch he came running from the other side of the ground and after covering a lot of distance Caught him. Moments like these can change the course of the match, especially the 10-15 runs that came in the end because of it, it was reined in. And if Punjab had played the remaining overs, you know why it could have changed the course of the match. He is a great player and a great fielder, so he has shown by doing what he does better.

IPL 2022: Rishabh Pant forgot to decide after winning the toss, Hardik Pandya was happy despite the loss