Sambhaji Raje: Why did the descendants of Chhatrapati Shivaji back down by accusing Shiv Sena of 'cheating'?
Advertisement 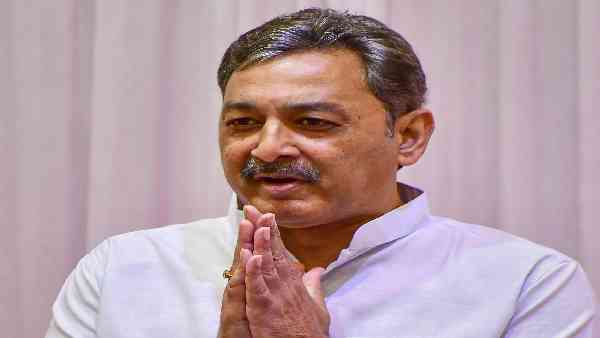 On Wednesday, Raj Thackeray’s Maharashtra Navnirman Sena had announced the support of former MP Sambhaji Raje in the Rajya Sabha elections. The party’s lone MLA Raju Patil had said that he would support and vote for Sambhaji. MNS MLA had appealed to all the parties in his tweet to support the descendants of Shivaji Maharaj in the Rajya Sabha elections. Party spokesperson Gajanan Kale had even said that the MNS knew “how to respect the king, who is a descendant of Shivaji Maharaj”. He had accused Uddhav Thackeray’s party of saying that the Shiv Sena only knew how to name Chhatrapati Shivaji, but “betrays and stabs his descendants” in the back.

I also have my own self-respect – Sambhaji Raje Chhatrapati

In fact, on Friday, Sambhaji Raje has surprised everyone and said that ‘I have withdrawn my nomination to avoid horse-trading. I am a descendant of Shivaji Maharaj and I also have my own self-respect. I will strengthen my Swarajya Sangathan in Maharashtra. However, he did not make it clear what he was talking about, and from whom did he try to protect the self-respect he talked about?

‘Shiv Sena has betrayed me’

Significantly, Shiv Sena on Tuesday made it clear that Sanjay Pawar would be its candidate for the sixth Rajya Sabha seat from Maharashtra. After this Sambhaji criticized Shiv Sena and accused it of cheating. He had told the Indian Express, ‘Shiv Sena has betrayed me. When asked the reason for saying so, he said, “I was told that I would be a Shiv Sena-backed candidate.” He had even claimed that ‘I had a detailed discussion with the Chief Minister last week. I was sure that the CM would do the same…as it was decided between us….I was sure that he would show respect to the family of Chhatrapati Shivaji Maharaj.

Did Sambhaji Raje back down because of the defeat?

But, Shiv Sena’s chief spokesperson Sanjay Raut said that ‘Sanjay Pawar will be our candidate for the sixth Rajya Sabha seat of Maharashtra. Our party chief has chosen Pawar, who is a ‘mavla (soldier)’. His name has been decided. Whereas, Raut said about Sambhaji Raje that if he was asked to join Shiv Sena, the party could field him from the sixth seat. According to Raut, “But, he has decided to contest as an independent. Maybe they feel that they have full figures with them. Sambhaji Raje Chhatrapati is a former Rajya Sabha MP and he is the 13th native descendant of Maratha emperor Chhatrapati Shivaji Maharaj. He has also been a vocal face of the Maratha reservation movement. He was nominated to the Rajya Sabha by the Modi government.

Now the trouble of the former health minister of Punjab will increase, the tenders of Mohalla clinics will also be investigated