Saregama Carvaan 2.0 launched, will change the fun of listening to music
Advertisement

ByteDance is working on new music app, will compete with Spotify and Apple

Have a Look at 5 Best Free Music Download Sites

YouTube Top 5 Music: Even after so many years, Hanuman Chalisa is on number 1 on YouTube, so many billion people have seen so far 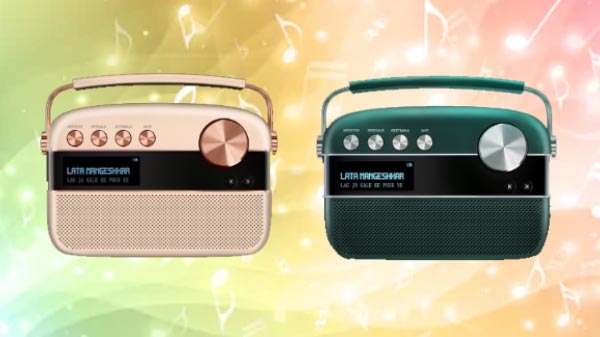 Saregama, one of the big names in Indian music, has launched its new speaker in India. The name of this speaker is Saregama Carvaan 2.0. There will already be a lot of songs stored in this speaker. The company has introduced this speaker in two very spectacular colors. One color is Classic Gold and one is Emerald Green.

In this new speaker of Saregama, more than 5000 songs will be preloaded. It will have all kinds of songs like devotional, romantic, france, latest, old along with the classic music of India. Let us tell you that Saregama has been narrating songs to its users in India for many years and many decades.

Because of this, while making this device, the company has taken some special care of its 35 years old fans present in India. In this speaker you will get to listen to classic Bollywood and regional audio tracks. Apart from this, the company has included many other features in this new Saregama Carvaan 2.0 speaker.

Launching the Saregama Carvaan 2.0 speaker, the company has claimed that every station will have some new content uploaded every 6 to 60 minutes. This means that all its stations will be continuously updated. At the same time, the company also said that in a few months, Saregama is going to increase the number of these stations to 1000.

Apart from this, you can listen to many other things through this speaker. For example, you can also enjoy listening to things like travel, food, health, rhymes for kids, poems etc. Saregama had launched many types of speakers before this as well. The users of Saregama are also quite stable. They eagerly wait for updates or new speakers for Saregama Music.

What is the DCIM folder in any smartphone or camera and why…?

How to book local train tickets online with UTS app