Security of 8 more VIPs removed in Punjab, these are the names including Harsimrat Badal, Sunil Jakhar
Advertisement 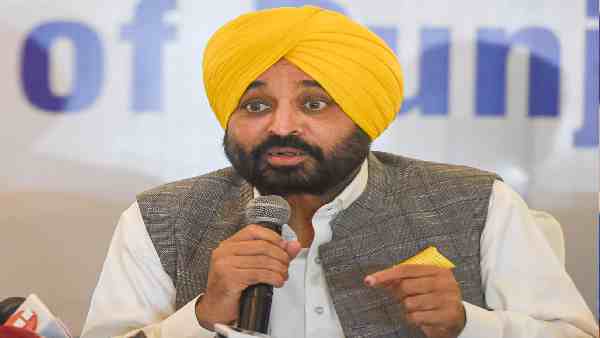 Chandigarh, May 11: In Punjab, Bhagwant Mann’s government has withdrawn the security of 8 more VIPs. These include the names of former Union Minister and Akali Dal leader Harsimrat Kaur Badal and former Congress President of the state Sunil Jakhar. Of the 8 VIPs whose security cover has been snatched, 5 were in the Z category and 3 in the Y+ category. 127 policemen and 9 vehicles were deployed in the security of these VIPs and all of them are now known to be taken back. The Bhagwant Mann government has so far ended the security cover of a total of 184 VIPs.

Five VIPs had Z-category security
Of these leaders, Bhattal, Cheema and Dhillon were given Y+ category security, while the rest were given Z category security cover. Altogether 127 policemen and 9 vehicles were deployed in the security of these 8 protectors. 13 policemen were deployed with a vehicle under Badal’s security. So former Lok Sabha MP Sunil Jakhar was deployed with one vehicle with 14 security personnel. This is the third time after the formation of the Aam Aadmi Party government under the leadership of Bhagwant Singh Mann in Punjab, that VIPs have been made on foot in the name of security.

Total back security of 184 VIPs
In the first two orders, the Mann government withdrew the security of 184 people, including former ministers, former MPs, former MLAs as well as private protectors. In this way, the leaders whose security has already been snatched include the family members of former Chief Minister Charanjit Singh Channi, IPS Gurdarshan Singh and Udaybir Singh (son of former minister Sukhjinger Singh Randhawa). Apart from these, the security of former cabinet ministers Surjit Singh Rakhda, Bibi Jagir Kaur, Tota Singh as well as former Congress MPs Varinder Singh Bajwa and Santosh Chaudhary have also been withdrawn.

The BJP leaders whose security has already been withdrawn by the Bhagwant Mann government include party’s state vice president Rajesh Bagga, star campaigner Mahi Gill, district president Harinder Singh Kohli. Mann government has issued the first order in this regard in March, second in April and third on May 11.

A fierce clash broke out between AAP’s state vice-president and SDM, SDM said – You just shut up nonsense lady