See, this is the historical Bhimchulha, belief - here Bhima used to cook food as powerful as 10 thousand elephants
Advertisement

June 2022: Here is the list of fast-festivals and special events for the month of June 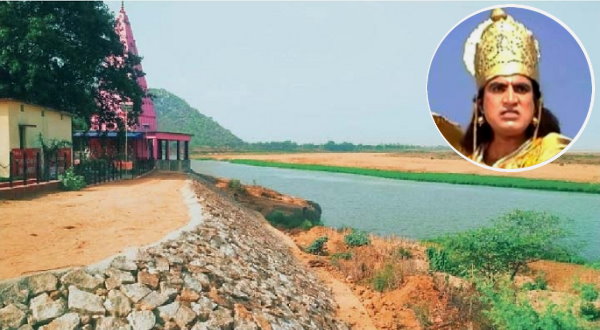 This place is related to Mahabharata period. Information about this is given on the government’s website. On which it has been told that the Palamu region surrounded by forests and mountains of Jharkhand province is full of natural beauty and historical-mythological sites. There is Bhimchulha here, which is about 5 thousand years old. It is believed that Pandavas came to this place during their exile. Bhima had cooked food here. This chulha made of boulders on the banks of the Koel river is considered to be a silent witness to the stay of the Pandavas in this area. This hearth can be seen near the present-day Mohammadganj barrage.

Bhimsen had the strength of 10 thousand elephants.

The period of Mahabharata is related to the Dwapar Yuga mentioned in the texts of Sanatam Dharma. There were many such warriors in that period, who had immense physical strength. Kunti’s son Bhima was one of those heroes. He had five brothers. They were called Pandavas because they were the children of King Pandu. Bhima was born from the part of the wind god. Therefore he was considered the brother of Hanumanji. Bhima had the strength of 10 thousand elephants. The skin of his body was so hard that even a poisonous snake could not bite him.

There is a text in this context that, Bhima had reached Nagaloka. Where Nagraj Vasuki made him drink the waters of divine juice. After which Bhima’s force had increased a lot. It is mentioned in the book. Now in this era too many places and historical evidence are found in the name of Bhima. Bhimchulha of Jharkhand is said to be one such place.

a sight worth seeing

According to the Jharkhand government portal, Bhimchulha is being developed as a more attractive tourist destination. Tourists enjoy visiting here. Here the shape of an elephant is also visible on the stone near the hill, which people worship according to their reverence.

How to reach here?

The Barwadi to Dehri Indian Railway line also passes under Bhim Chulha. If you want to come here, then you can also go by Daltonganj By Road and Rail. Mohammadganj railway station is nearby. The nearest airport is Ranchi Airport, which is at a distance of 258 km from here.

June 2022: Here is the list of fast-festivals and special events for the month of June