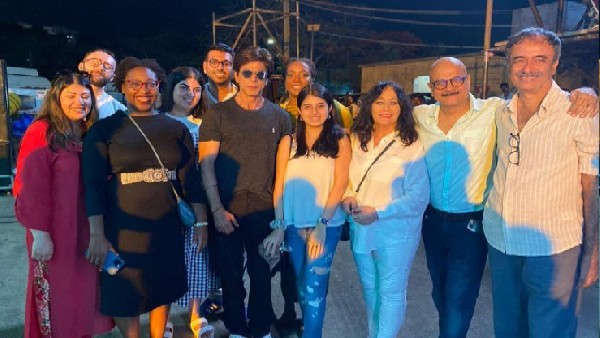 everyone is smiling including the prince

On the other hand, everyone including Rajkummar is smiling as he joins her and others in the picture. His fans bombarded social media with their reactions and shared the picture with heartfelt messages.

One user wrote, “The set of OMG #ShahRukhKhan #Dunki Sir looks awesome.” Another said, “Our #SRK and #RajkumarHirani posed together on #Dunki Sets!”

going to be the biggest movie

Which actress will enter this film with Shahrukh Khan, it will be a matter to be seen. Fans say for this film that this film is going to prove to be the biggest film of Shahrukh Khan’s life.

this movie will be comedy

This film will be a comedy and Shahrukh Khan is ready for it. Apart from Dunky, Shah Rukh Khan is busy with Pathan on the workfront and the shooting of this film is going on continuously.

Deepika Padukone is also going to be seen

The discussion about Yash Raj Films’ spy thriller is gaining momentum and Deepika Padukone is also going to be seen with him in this film. The wonderful thing is that Salman Khan will be a part of this film and she will be in a small role. John Abraham will be in the role of Villain with Shahrukh Khan.

Suniel Shetty’s big statement on gutkha controversy – a lot happens in the industry, I am not a god