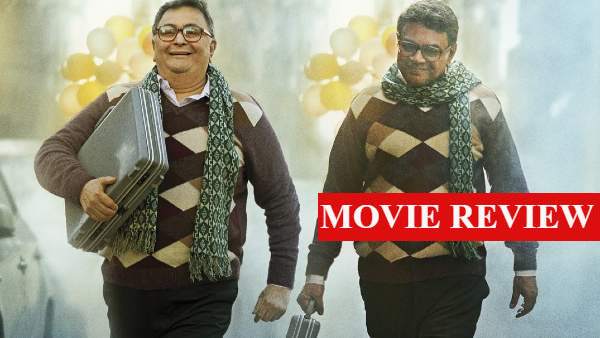 “Sometimes a water tank, sometimes a garbage man, sometimes a colony gate.. Everyday you find new troubles.. one is Kejriwal and one is AAP..” says the son, who is getting ready for office, annoyed the retired Sharmaji. The story of the film is about the generation gap between the same son and father.

Can a film bring a smile to your face and moisture in your eyes at the same time? ‘Sharmaji Namkeen’ does this. This film is special, not just because it is the last film of veteran actor Rishi Kapoor, or because Paresh Rawal has beautifully portrayed Sharmaji’s character. . Like the Amitabh Bachchan starrer ‘Baagban’, it also talks about the responsibilities of the next generation… but in a very light-hearted way.

In a scene in the film, Sharmaji’s friend (Satish Kaushik) sitting in the park tells him, “The last scene of Baghban should be made compulsory in schools, colleges..” We laugh hearing the dialogue between the two, but they do not laugh. They look sad.