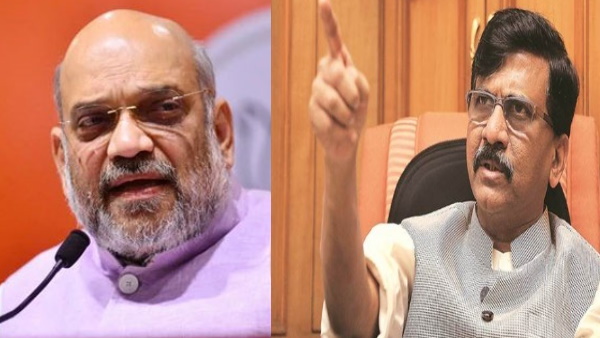 Mumbai, May 14: Union Home Minister Amit Shah had said that Hindi should be accepted as a substitute for English and not for local languages. A month after Amit Shah’s statement, Sanjay Raut has given a statement regarding this on Saturday. After this statement, Shiv Sena MP Sanjay Raut said, advocating “one nation, one language”, today that Hindi is spoken across India and has its acceptance, and said that Union Minister Amit Shah should The challenge must be accepted that all states should have one language.

Hindi should be accepted as an alternative to English

Amit Shah had said that Hindi should be accepted as an alternative to English and not to the local languages. Amit Shah’s statement was strongly opposed by several prominent political leaders of the southern states, who said that the imposition of Hindi on the people was not acceptable and also called it a part of the agenda to weaken the regional languages.

language learning will get employment

Sanjay Raut made this remark while talking to media persons in Mumbai. The remarks were in response to a question about Tamil Nadu Education Minister K Ponmudi a day earlier, which had allegedly condemned any attempt to impose Hindi and questioned the claim that learning the language would provide employment. .

Tamil Nadu minister had said this on this

Taking a jibe at those insisting on providing jobs for Hindi learners, the Tamil Nadu minister had also asked who was now selling ‘pani puri’ in Coimbatore, mainly for Hindi-speaking vendors involved in the trade. There is a clear reference. Asked about the Tamil Nadu minister’s remarks, Raut said his party has always respected Hindi.

I get opportunity in the house, I speak in Hindi

He had said whenever I get an opportunity in the House, I speak in Hindi. Because the country should listen to what I want to say, it is the language of the country. Hindi is the only language that is accepted and spoken throughout the country. To take his point home, the Shiv Sena leader also said that the Hindi film industry is influential in the country and the world. Therefore no language should be insulted.