Shivling: What is the true meaning of 'Shivling'? Why is it considered a symbol of power?
Advertisement 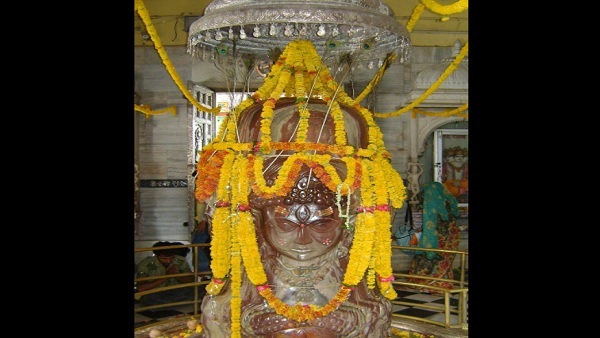 Shiva is the truth, he is the knowledge

Shiva is truth, he is knowledge and he is love. Shiva-Shambhu, revered in the name of Mahadev, is the symbol of ‘Shakti’, who is called by names like Bholenath, Shankar, Neelkanth, Bhole Bhandari.

Symbol of one form of Shiva-Parvati

so there Maa Parvati Power is synonymous with love and dedication, in whose blessings the creation is flourishing, so there ‘Shivling’ Symbolizes the one form of Shiva-Parvati. Which explains the equal existence of man and woman in the world, which makes it clear that man alone and woman alone cannot create the universe. The participation of both is very important to give shape to the creation, without each other both are incomplete.

‘Shivling’ is divided into three forms

By the way, literally speaking, ‘linga’ in Sanskrit language means ‘symbol’ and hence the meaning of ‘Shivling’ came to be. ‘Shiva Symbol’, Hence ‘Shivling’ is worshiped as the holy symbol of Lord Shiva.

It also has another meaning to be ‘eternal’. Only two things really exist in the universe, one is ‘energy’ and the other is ‘matter’. Our body is made of clay, which will one day be found in this soil, hence it is called ‘matter’ but the soul inside the body is immortal, it is powerful, hence it is called ‘energy’. Therefore Shiva assumes the form of ‘Shivalinga’ by taking the form of matter and power energy.

So there is also written in ‘Shiv Purana’ about the origin of ‘Shivling’, where it is defined as ‘Agnistambha’.

The sky is called ‘Shivling’.

So in the ‘Skanda Purana’ the sky is described as ‘Shivling’. It has been clearly said in it that everyone has to merge in this ‘Shivling’ one day.

‘Shivling’ found in the excavation of Indus Valley Civilization

Let us tell you that the worship of ‘Shivling’ has been going on since 2300 BC, the evidence of which was revealed during the excavation of the Indus Valley Civilization. You will be surprised to know that ‘Shivling’ was not only worshiped in India, but people of the ancient Naroman civilization also worshiped ‘Shivling’. ‘Shivling’ was also found during excavation in Babylon, which also confirms this.