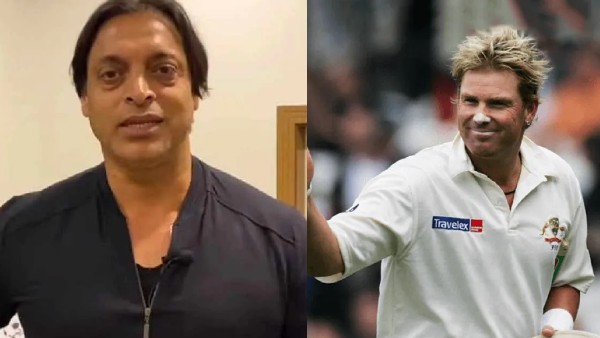 new Delhi. Former Australia leg-spinner Shane Warne, popularly known as the magician of spin, passed away this month when he was in Thailand for a holiday with his friends. The 52-year-old Shane Warne passed away due to a heart attack, on hearing the news of which cricketers and sports lovers across the world were in despair. On Sunday, the veteran player was given a farewell amidst family and friends at the Melbourne Cricket Ground, which was also attended by his former teammates.

On the occasion of the farewell, former Pakistan fast bowler Shoaib Akhtar also recalled his conversation with Shane Warne and his advice in which he had told that more than taking wickets in the match, he focused on what he did. How did you perform in that match?

Talking to the Sydney Morning Herald, Akhtar said, “Warne told me people don’t remember you for the wicket but because of the kind of cricket you played. It never depends on how many wickets you have taken, but on how much you have given.

Significantly, Shoaib Akhtar had tweeted after hearing the news of Shane Warne’s death that he was shocked to hear the news of the death of this legendary player. Words cannot describe the pain of hearing the news of his passing. He was a great and legendary cricketer. Let us tell you that about 80 people attended Shane Warne’s private condolence meeting held on Sunday, including former Australia captain Mark Taylor, Allan Border and Michael Clarke and his former teammates Mark Waugh, Merv Hughes, Glenn McGrath and Ian Healy. were also involved. Former England captain Michael Vaughan also reached there.

SA vs BAN: Bangladesh caught in Rabada’s claws, return to series after winning by 7 wickets