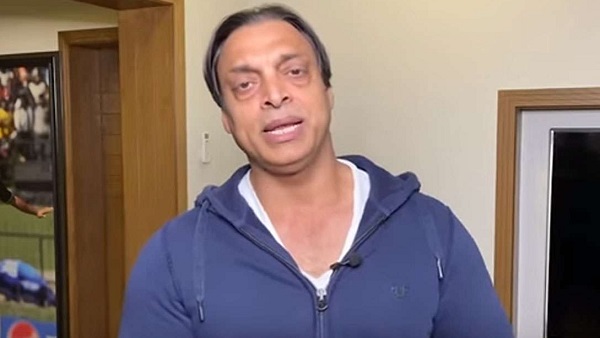 Karachi. Shoaib Akhtar, the former fast bowler of the Pakistan cricket team, was such a bowler during his time, that the batsmen used to stand up to face them. The reason was his high speed. He also holds the record for throwing the fastest ball in cricket history. However, there were some batsmen who faced him without khaif. Sachin Tendulkar was one of those batsmen, but Akhtar recalled the times when many legends like Sachin failed but a lower-order player hit him for sixes.

Akhtar recently revealed this during a chat with Harbhajan Singh. Shoaib then recalled India‘s tour of Pakistan where Balaji had hit him for sixes. He said, “I still remember the time when the Indian team came on the tour of Pakistan. At that time legends like Sachin Tendulkar were not able to face my bowling. Even the whole Indian team was not able to play me well. But Lakshmipathy Balaji came down the order and hit me a lot of sixes.

Apart from this, Akhtar also asked a question to Harbhajan. He asked Harbhajan that do you remember who took the first hat-trick in the IPL tournament. Akhtar also gave three options for this, naming L Balaji, Amit Mishra and Makhaya Natini, but Harbhajan chose Amit Mishra. This was the wrong answer. Then Akhtar told that the correct answer is Balaji and playing for Chennai, he scored a hat-trick by dismissing Irfan Pathan, Piyush Chawla and VRV Singh of Punjab.

Let us tell you that the thrill of the 15th season of the Indian Premier League is at its peak at the moment. Pakistani cricketers do not get a place in IPL, but their former legends do not live without mentioning this league. Akhtar had also recently said that if Pakistani cricketers come in the IPL auction, then Babar Azam is the player who can get 15 to 20 crores.

‘They used to force him to sit at home’, Mohammad Kaif made a big disclosure about the management of KKR

CSK vs LSG: Moeen Ali returns for Chennai, KL Rahul won the toss, know how is the playing 11