Shock to BSP, Nakul Dubey, who was close to Mayawati, joins Congress
Advertisement 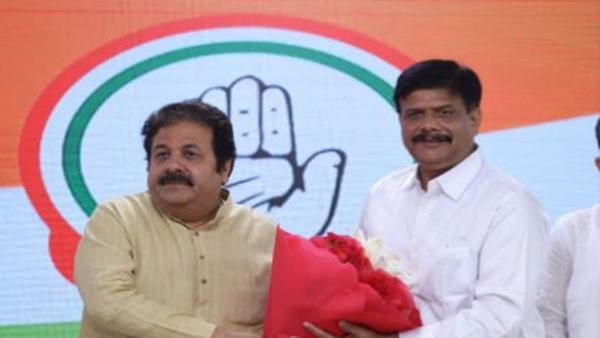 New Delhi, 26 May: The Bahujan Samaj Party has suffered a major setback on Thursday. Nakul Dubey, a close friend of Mayawati, has left the BSP and joined the Congress. Nakul Dubey took the membership of Congress in Delhi today.

BSP expelled Nakul Dubey from the party. After that he joined the Congress. In Uttar Pradesh, the image of Nakul Dubey has been in the form of a Brahmin face. This may give strength to the Congress. Since the Chintan Shivir, the Congress is moving ahead by working on a special strategy.

However, Nakul Dubey could not do much for the BSP in the 2022 UP elections, so the party expelled him. The party had taken this step after the BSP’s performance in the elections was not good. He was projected as a Brahmin face in the UP elections.

Nakul Dubey also became a cabinet minister in the BSP government. He was counted after Satish Chandra Mishra in the party. Among the Brahmin faces, the most popular face in the party is that of Satish Mishra. This was followed by Nakul Dubey. But the party did not show magic in the election, so the party was expelled.

‘Indians are becoming fat and this is dangerous’