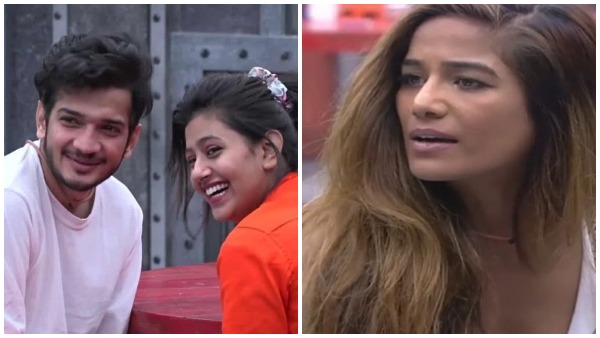 Poonam told how the lockup journey was for her

Talking to The Indian Express, Poonam Pandey described the lock up as a wonderful experience and said that she was doing well in the game. Poonam Pandey said, “It was an invaluable experience for me. I will never forget it.”

Let us tell you that Poonam Pandey had a great start in the show but she failed to maintain the momentum. Poonam admitted that the last two weeks were tough for her mentally.

Poonam said- ‘I was in a lot of physical pain…’

Poonam Pandey said, “I was in a lot of physical pain. It became very difficult for me because some pain also has a history. All that leads to tough times. Besides, it was only my close friends who stabbed me in the back, which broke my heart.

Whose deception broke Poonam Pandey’s heart in the lockup…?

When asked whether the betrayal of Munawwar Farooqui or Sayesha Shinde hurt him more? So Poonam Pandey replied, “None of them. Anjali Arora’s betrayal struck me. Anjali is totally fake and I was surprised that people can cheat so much. It was quite shocking.”

Poonam said this about Munavvar-Anjali

When asked about ‘Munjali’ i.e. Munavvar-Anjali, Poonam Pandey said, “What I have seen from Kangana ma’am and what I have come to know is that both of them have partners outside. Thus I think it is shoddy and rubbish that they can go to such an extent. How can you do that in a show when someone of yours is out. His partner must be watching him express his love to others.

‘ Munavvar-Anjali should not have done this…’

Poonam Pandey further said, “You cannot do this to your loved one. Munavvar-Anjali should not do this. It is a reality show, and it is very sad that they are creating such things. They are my friends but I think this is very wrong. I haven’t seen Munavvar doing this but Anjali continues to take it to a different level. I wonder what Akash (Anjali’s boyfriend) must be thinking. And now there is not even Munavvar but there is also a prince, it is very bad.”

Let us inform that since a few days after the lockup went on air, the hashtag ‘Munjali’ has been in a lot of discussion on social media. A lot of fans adore this pair. So at the same time many people question the bond of Munavvar and Anjali saying that it is only for sports.

What did Poonam Pandey say about going topless on camera?

On the last Judgment Day, when a journalist questioned Poonam Pandey’s methods of getting votes and asked what is the point of being topless on camera? So before Poonam, Kangana Ranaut answered this and supported Poonam.

Speaking about the same, Poonam Pandey said, ‘I was in seventh heaven when Kangana supported me. I have always done what I have with confidence but if someone says anything negative then I get upset.

‘Now I will be a badass and bindaas…’

Poonam Pandey further said, “Now I will be a badass and bindaas. Seeing Kangana supporting me, my respect was really increased. Kangana respects Pratibha and understands that I am not doing anything cheap. I remember when I was given the task of being a charming princess, she praised me and said that I look very beautiful.” Poonam said that anyone can win the show, her choice would be Munawwar and Payal.

Panchayat 2: ‘Panchayat Secretary’ Abhishek is the owner of so many crores, know how much is the fee for an episode