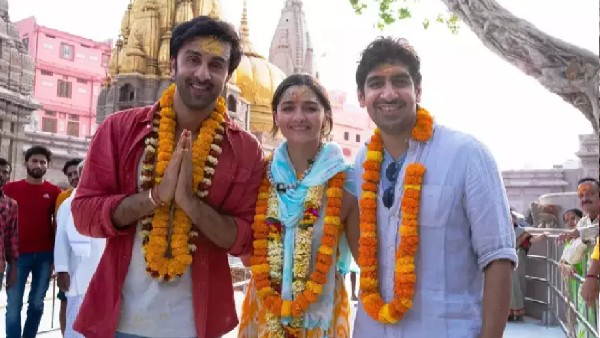 Some hand of luck that we finished shooting for ‘Part One: Shiva’ in Varanasi – a city imbued with the spirit of Lord Shiva, and that too in the holiest Kashi Vishwanath temple, which allows us to finish in an atmosphere of purity, Joy and blessings, exciting days ahead, last laps ahead! 09.09.2022 – Here we will come.

Will be seen with a very different character

Ranbir Kapoor and Alia Bhatt are going to be seen in this film with very different characters and they have worked hard for many years for this. The film was stopped and started several times, in between there was news that the film was going to be canned but this proved to be a rumour.

Now this film is completely ready and people say that the film can prove to be very big and strong. The film is all set to do wonders at the box office.

Ayan Mukerji has high expectations from this film and believes that the film will do very good business. Nagarjuna, Mouni Roy and megastar Amitabh Bachchan will also be seen in this film.