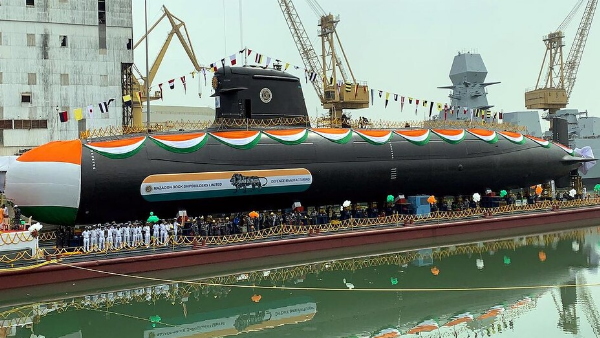 So far, 5 modern submarines are deployed in India’s defense under Project-75. Vagshir is named after the sandfish, a deadly deep-sea predator in the Indian Ocean. The first submarine Vagshir, Russia (then Soviet Union), was inducted into the Indian Navy on 26 December 1974, and retired on 30 April 1997 after nearly three decades of maritime service.

INS Vagshir is a diesel-electric submarine. It is 221 feet long and 40 feet high. War Machine 360 ​​operates from a battery cell. More than 40% of it has been built under the Self-Reliant India Project at Manjgaon Dock in Mumbai. On the surface of the water, INS Vagshir moves at a speed of 20 kmph. The speed of the silent killer underwater is around 37 kmph. It can locate the enemy by going to a depth of 350 feet. This machine can remain silent at sea for 50 days.

Vagshir can lay about 30 mines at a time

Various types of weapons have been fitted in this submarine. This submarine is fitted with 6 torpedo tubes of 533 mm. During a major operation, this silent killer can carry 18 torpedoes or SM 39 anti-sheep missiles. Vagshir can lay about 30 mines at a time. Anti-submarine warfare, anti-surface warfare, intelligence gathering, mine-laying and other submarines are no match for the Vagshir. New systems of communication have been installed in this submarine to communicate with naval warships.

8 military officers and 35 sailors can be deployed

It can accommodate 8 military officers and 35 sailors. They have an anti-torped countermeasure system installed inside. In 2005, India and France signed a $3.75 billion contract to build six Scorpene-class submarines. The project was to be executed by Mazagon Dock Shipbuilders for India and DCNS (now called Naval Group) for France.

Supreme Court warns police and media, TV should not be part of debate in criminal cases