Smartphone Care: If the smartphone gets wet in the rain, then follow these tips, no need to get it repaired

This mistake can spoil your smartphone selfie camera, take care with these tips

With these easy tips, increase the speed of Wifi 4 times, heavy files will be downloaded in minutes 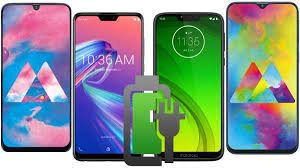 If you are going to buy a new smartphone and from now on you have started worrying about its battery, then you do not need to worry. It is generally seen that due to a little carelessness, the battery of the smartphone does not last as before. People don’t pay attention to this. As long as the phone is in new condition, the battery runs fine, but as the phone gets old, its battery also starts responding, and you have to charge it again and again. If you want the battery of your smartphone to last longer and not have to charge it again and again, then today we are going to tell you some very easy tips.

Due to heavy files, the processor of the smartphone is under pressure.

If you do not delete heavy files from your smartphone and keep accumulating them continuously, then it should not be done, because this increases the pressure on the processor of the smartphone and also increases the battery consumption significantly. When the battery is used excessively, its capacity also starts getting affected. If you want the smartphone’s battery to work optimally and last for a long time, then you should keep in mind that heavy files are transferred elsewhere, by doing this the battery life can be increased. With these few tips, you can extend the life of your phone.