So the condition of Punjab will be in Maharashtra too, 25 Congress MLA's sad message to Sonia
Advertisement 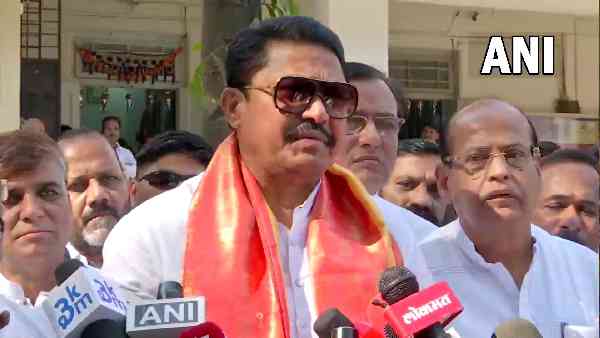 At least 25 Congress MLAs from Maharashtra have sought an appointment with party president Sonia Gandhi to lodge a complaint against the ministers of the Maha Vikas Aghadi government. They say that these Congress ministers are ignoring their concerns. These MLAs have written a letter to Sonia seeking her intervention to fix things. Some of these MLAs have told ET that even ministers in the MVA government, especially from the Congress, do not listen to them. One of them said that ‘how the party will be able to do well in the elections if the ministers ignore the MLA’, regarding the request to get the work done in the area.

‘Every minister has got the responsibility of 3 MLAs’

Pointing to the lack of coordination in the party, these MLAs have said that they have come to know only last week that each of the ministers has been given the responsibility of taking care of the words of three MLAs to listen properly to the MLAs. Another Congress MLA said that ‘we came to know when HK Patil held a meeting recently that one MLA each was allotted to each of the Congress ministers. This was done only a few months after the MVA government was formed, but we have got the information now, 2.5 years before the next election. Still no one knows which minister has been added to us.

‘So the condition of Punjab will be in Maharashtra too’

The rest of the party MLAs say that the Congress is lagging behind the NCP. Because, Deputy Chief Minister Ajit Pawar constantly meets his party MLAs, gives funds and also listens to them. A Congress MLA said, ‘NCP is taking a toll on us. More funds are allocated to NCP ministers and if things remain the same, then in Maharashtra also the Congress will be marginalized like other states. Congress MLAs said that there is a need to take immediate action after the defeat in Punjab. If the party continues to lie like this in Maharashtra, then the same result can be seen here as well. (pictures-file above)

State Congress President Nana Patole has also suddenly become active after the talk of party MLAs directly reaching the high command. He has said that ‘When we formed the government, then NCP and Shiv Sena had discussed Common Minimum Program with Sonia Gandhi. Because, now the pandemic has subsided to a great extent, we have reminded the government that there should be grassroots development of SCs, STs and OBCs.

Who is Shahbaz Sharif, who can replace Imran Khan as the Prime Minister of Pakistan?

The path of JDU and BJP may be different in Bihar, know why the discussion intensified?