'Someone's young son should go...', the entertainment industry engulfed in grief over the murder of Sidhu Moose Wala
Advertisement 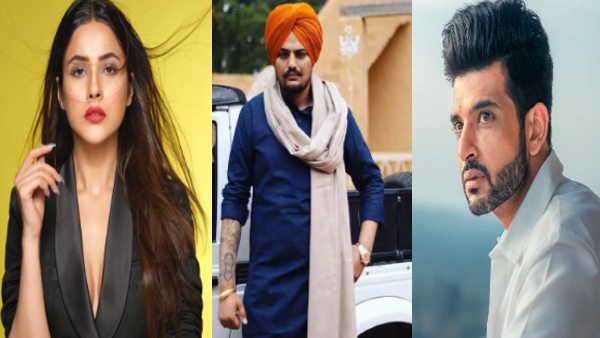 New Delhi, 29 May. Punjabi singer Sidhu Moose Wala has been shot dead in Punjab. The star of the entertainment industry is stunned after the death of the singer. After the killing of Singer, comedian Kapil Sharma, Big Boss fame actress Shahnaz Gill, Punjabi singer Himanshi Khurana, television actor Aly Goni, film producer Ashok Pandit, singer Vishal Dadlani and Armaan Malik, including many actors from the film and entertainment world expressed grief. has done.

Singer Sidhu Moose Wala was murdered in a village in Mansa, Punjab. He was seriously injured by the bullet. He was taken to a local hospital where doctors declared him brought dead. The news of the singer’s death has caused a wave of mourning among his colleagues as well as his colleagues from the entertainment world.

Actress Shahnaz Gill wrote in her tweet, ‘Someone’s little child dies, nothing in the world is more painful for their family than this. God please keep your mercy.’ On the other hand, many celebrities including television actor Elli Goni, singer Vishal Dadlani, Punjabi singer Himanshi Khurana, singer Harshdeep Kaur, Armaan Malik have expressed their condolences to the family of the late singer.

Comedin Kapil Sharma dropped a picture of the late singer and wrote, ‘Satnam Shri Waheguru Very shocking and very sad, a great artist and a wonderful human being, may God give strength to his family.