Sonam Kapoor is Pregnant: Papa Anil said - 'Preparing for the most exciting role of life'
Advertisement 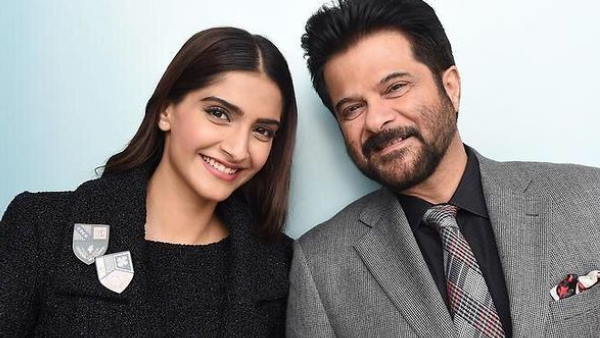 Preparing for the most exciting role – Anil Kapoor

Anil Kapoor wrote in his post that ‘ Now I am preparing for the most exciting role of my life – Nanaji! Our lives will never be the same again and I couldn’t be more grateful! Sonam Kapoor and Anand Ahuja, you have made us very happy with this news.’

Like Anil, his wife Sunita also shared the pictures of Sonam Kapoor and wrote- ‘Can’t wait to be a nanny!’ This post of Anil-Sunita is enough to express their feelings. Sonam’s entire family is now busy welcoming her little guest. So on the other hand, many film stars have congratulated the Kapoor family for this good news.

It is worth noting that Sonam’s husband Anand Ahuja is from the famous Businessman family of Delhi. He is currently the CEO and Founder of the clothing company ‘Bhane’. Anand has completed his studies from American Embassy School. After this, he did his post-graduation from the Wharton School of the University, after which Anand came to India to handle his family business ‘Shahi Exports’.

Sonam and Anand met in the year 2014. A month later, Anand proposed Sonam. After dating for four years, the couple got married in May 2018.

Since marriage, Sonam has started living less abroad in India. Although his in-laws are in Delhi, where Anand’s family lives, but in connection with business, Anand keeps traveling abroad. Since marriage, Sonam Kapoor has become very active on social media not in films and often remains in the discussion due to her posts.