Sonia Gandhi strict about CPM meeting, instructions not to go to other leaders including Tharoor
Advertisement 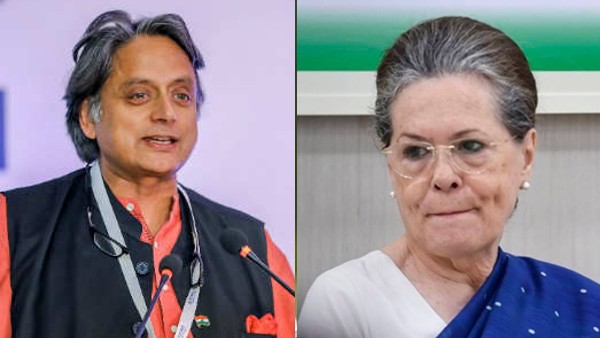 New Delhi, March 21: Recently, assembly elections were held in five states, in which the Congress was defeated everywhere. The party had not yet recovered from this tension that the leaders of G-23 gave fuel to the rebellion by holding several rounds of meetings. For a few days, news is coming that Shashi Tharoor, KV Thomas and Mani Shankar Aiyar had received invitations for the CPM’s national seminar, but now the party has instructed all the leaders not to attend it. Apart from this, Congress President Sonia Gandhi has also given a strong message to all the leaders.

In fact, there will be a seminar of CPM from April 6 to April 10, in which some Congress leaders have also been called. After this, the state Congress banned any leader from attending this seminar. According to sources, when Congress leaders from Kerala met Sonia Gandhi at the party’s parliamentary office in Delhi, some leaders expressed concern that Tharoor and other leaders might embarrass the party by attending the CPM’s function. In such a situation, the high command should take a decision on this.

Sources say that Sonia Gandhi said in strong words that leaders who were invited to the CPM’s seminar should abide by the decision of the Kerala State Congress. The party is also worried about Tharoor because he is a member of the rebel group G-23. He also attended the recent meeting.

State President said this
Kerala PCC Chief Sudhakaran said that the party has issued instructions to all MPs and leaders in this regard. If any leader attended the program, action would be taken against him. He said that the Kerala government is committing atrocities on the people in the name of Semi High Speed ​​Rail Corridor. If any Congress leader went to his program, it would be an insult to other leaders.

Tharoor had said this thing
On this issue, Tharoor had said that he was not aware of the instructions of the state unit. If Sonia Gandhi has said something like this, then they will take a decision regarding the meeting together. He believes that there is nothing wrong in getting into such political discussions.

Telangana Chief Minister KCR said on ‘The Kashmir Files’, ‘This is not a sign of progressive government’,