Sonia Gandhi surrounded the government for reducing the budget of MNREGA, said - this scheme became the support of the poor in Corona
Advertisement 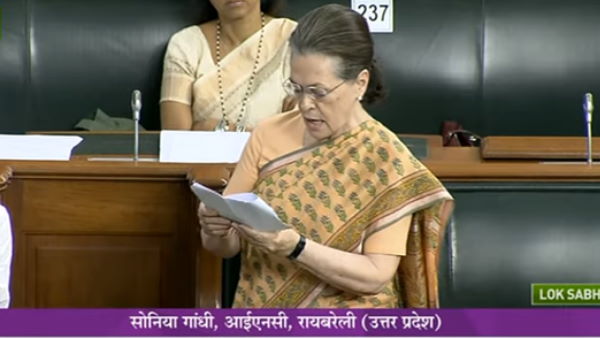 New Delhi, March 31: MP from Rae Bareli in Uttar Pradesh and Congress President Sonia Gandhi has criticized the government’s decision to cut the budget of MNREGA scheme. Speaking in the Lok Sabha on Thursday, Sonia Gandhi said that during the Corona epidemic, the MNREGA scheme became the support of the poor for employment, so it is not right to reduce the budget of this scheme. He has also given many suggestions to the government including giving wages within 15 days for working under MNREGA.

Pointing to Prime Minister Narendra Modi, Sonia Gandhi said, MGNREGA was ridiculed by many people a few years ago, but this scheme helped crores of affected poor families during Corona and lockdown. Despite this, there is a continuous reduction in the budget allocation for MNREGA. This year, the budget of MNREGA is 35 percent less than the year 2020, while unemployment is increasing continuously.

Sonia Gandhi said, budget cuts lead to delay in payment of workers, which the Supreme Court has treated as bonded labour. I request the central government that proper allocation should be made for MNREGA. Along with this, the payment of wages to the workers should be ensured within 15 days of work. If there is a delay in the payment of wages, then it should be ensured to give compensation legally. Along with this, the annual action plans of the states should be fixed immediately without any delay. Sonia Gandhi said that even the social audit of the Gram Sabha should not be compromised.

Responding to the questions raised by Sonia Gandhi, Union Minister Anurag Thakur said that the government worked on geotagging of MGNREGA. Now money is directly transferred to the bank account of MGNREGA workers. He said that the budget which was fixed till 2013-14 was not even used but the Modi government has given more than one lakh crore rupees in a year. Giriraj Singh said that the things that Sonia Gandhi has put are beyond facts. In 2013-14, the budget was only 33 thousand crores, which has been reached to one lakh 12 thousand crores.

‘Take a padyatra from Mummy ji’s house to Manmohan ji’s house, Congress will understand why inflation has increased’

Tamil Nadu: SC rejects the decision of 10% reservation for Venniyar