Sophie Turner On Filming Heavy Game Of Thrones Scenes: I'll Exhibit Some Symptoms Of Trauma Down The Road
Advertisement 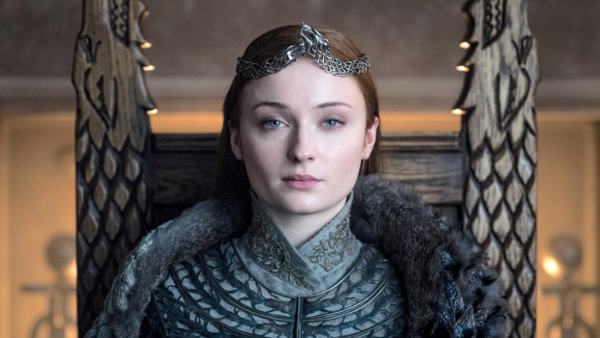 Sophie Turner, who is currently expecting her second child with her husband Joe Jonas, opened up about filming heavy scenes in the HBO hit series

Game Of Thornes
at a young age. The actress revealed that the show took a toll on her mental health.

Talking to actor Jessica Chastain in an interview for The Cut, Sophie revealed that she developed a coping mechanism of just having the most fun in between takes because “the subject matter was so heavy” and she didn’t want to get traumatised.

Notably, Sophie appeared on the hit show for all eight seasons beginning her portrayal of Sansa Stark at the age of 15 for season one. Now at the age of 26, Sophie Turner revealed that she is realizing the potential effects of filming the violent series.

She added, “I’m sure I’ll exhibit some symptoms of trauma down the road. At that age, I don’t think I could comprehend a lot of the scene matter. And the first few years, I had my mom with me because she was chaperoning me, so she would be very helpful and give me snacks.”

Sophie said that she is only at the “beginning of my journey of evolving into a person I probably should have evolved into about ten years ago.” It was after Game Of Thrones the actress recalled beginning to have a personal life and realising what “I actually wanted to do in my work and things like that.”

On the work front, Sophie Turner is currently seen in the miniseries,

The Staircase, based on the true-crime documentary of the same name. She recently walked the red carpet with her husband Joe Jonas at The Met Gala 2022.